Back and blond(er) than ever 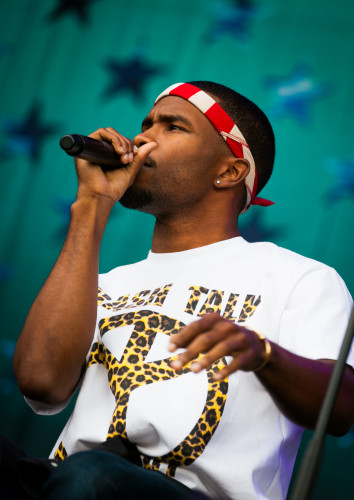 Four years after his debut album, “Channel Orange,” R&B singer-songwriter Frank Ocean released his highly anticipated follow-up: “Blond(e).” Ocean recorded the album over a span of three years, and fans met the months leading up to its release with much confusion. Initially the album was rumored to be titled “Boys Don’t Cry” and accompanied with a July release date. However, when that date passed, it caused a stir in the Frank Ocean fan base. Eventually, after numerous online teases, his more aptly named “Blond(e)” became available on Aug. 20. Despite being marred with release date pushbacks and album title confusion, “Blond(e)” still found itself debuting at No.1 on the Billboard 200.

Ocean’s new release includes a plethora of A-list features with the likes of Kendrick Lamar, Beyonce and Andre 3000 lending their voices to the project. Ocean’s work this time around has taken a completely different turn than its predecessors, with “Blond(e)” featuring a more mellow and laid-back sound. Ocean’s contentious new style has appealed to many but has also been met with criticism.

“Blond(e)” features a more minimalist approach, as the album paints the listener a picture of loneliness and tranquility, with soft instrumental music accompanied by fluctuating moods and melodies. “Blond(e)” also features ambiguous lyrics including social commentary and experiences with drugs, all while weaving in his own brand of storytelling. To witness Ocean’s more mature style firsthand, some notable tracks include:

“Solo:” Arguably Ocean’s strongest vocal performance on the album, the listeners will catch themselves in awe of his subtle chorus delivery and talk-singing verses numerous times. These verses in particular give the song a whole new feel, something never before explored. Ocean so beautifully recites his lyrics, making sure each spoken-word-like verse sounds rhythmically crisp, eventually leading into the chorus which features some of his most angelic vocal runs to date. There is familiarity in his voice, as it comfort the listener in the idea of this classic Frank Ocean style. With the church-like organ based background sound being subdued and tame, it allows Ocean to be able to take over the track with his voice, which should delight every Frank Ocean fan.

“Ivy:” One of the more lyrically transparent and upbeat songs on the album, “Ivy” has a dreamy and unique feel given its lack of percussion. The lyrics speak of Ocean’s failed relationships, all while subtle guitar flows perfectly with his raw voice, emphasizing the emotion that is the driving force behind this song.

While four years may have seemed a bit lengthy between two releases, it was certainly worth the wait. While not as genre-defining or catchy as his previous release, “Blond(e)” features some of Ocean’s heaviest lyrical content to date, while also showing off a more ambitious experimentation in his sound. These factors alone allow Frank Ocean to stand out not only as a musician, but as a true artist.