Nobel Laureates to speak at QU 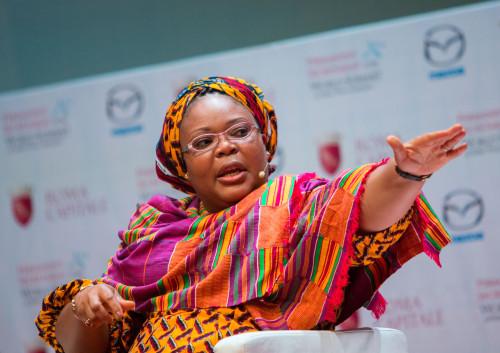 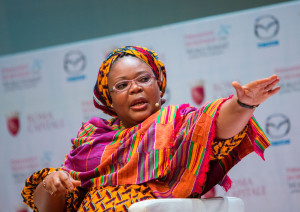 Three Nobel Peace Prize-winners, or laureates, are coming to campus on Wednesday, Sept. 14. However, the important part, according to Professor Anat Biletzki, is that they are all women.

The event, “Nobel Women: The Struggle for Peace and Human Rights,” will take place in Burt Kahn Court at 7:30 p.m. David Ives, executive director of the Albert Schweitzer Institute at Quinnipiac, said the three featured women embody the meaning of courage.

The featured women include Leymah Gbowee of Liberia, Tawakkol Karman of Yemen, and Shirin Ebadi of Iran. Each of these women have made an impact in their respective homelands and throughout the world. Gbowee organized a peaceful movement that caused a dictator to resign, Karman is a notable part of the Arab Spring in 2011 as well as an advocate for freedom of the press, and Ebadi is the first female judge in Iran and an attorney.

The structure of the event is not meant to be a lecture, according to Biletzki. The speakers will come share their points of view, and the Quinnipiac community will continue with the discussion.

“I want our students to ask questions. I want them to bring up anything that bothers them, anything that engages them so that these women will engage with them personally and immediately,“ Biletzki said.

The speakers themselves will also appear before the event at different parts of the Quinnipiac campus. Ebadi will be at the law school, and Gbowee and Karman will be at the medical school.

Ives said Quinnipiac is in a unique position to hold this event, in part because of the Albert Schweitzer Institute, named for another Nobel Peace Prize laureate. 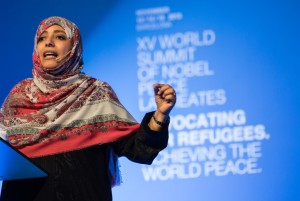 “It helps me get some of these striking people, and that’s very unusual for any college or university to have three laureates on the stage at the same time, especially laureates as accomplished as these women are,” Ives said.

Graduate student Sara McWaters is enthusiastic about the event.

“It shows that we have a lot of connections with the outside world,” she said.

However, Biletzki doesn’t want the event to be thought of as being something self-indulgent for the school.

“I don’t want it to be seen as ‘rah rah rah, we are cheerleaders for these great peace-players’. … I want people to understand the complexity of the struggle [for peace]. It’s not just good guys, or good girls, against bad guys.” she said.

Ives feels that the laureates have the potential to inspire students to go out of their “comfort zone,” and hopefully bring about change.

Freshman Chase Bockoven is interested in listening to those with a different perspective.

“It sounds like they’ve been through alot in their life, probably a lot more than I’ve had to deal with, “ he said.

Biletzki thinks that the event stands to show the fact that there are powerful women in peace politics, even though she feels some people may not be aware of it.

“In human rights organizations around the world, there are many more women who are active then men, but it’s still the men’s names you hear because men get to be the CEO’s , or the directors, or the managers, or whatever it is,” she said.

Biletzki still feels that all people are valuable to the human rights effort, but she wants the women of Quinnipiac to be aware of their potential in changing the world.

“I just want our women on campus to realise, as women, the can do as just as much as men. As women, they have a say,” Biletzki said. “I hope they take away that they are powerful enough as individuals to make change and confront injustice and discrimination against women in this world, even here by themselves,” she said.

Even with the all trouble in the world, Biletzki does not want to give up on the ideal of peace.