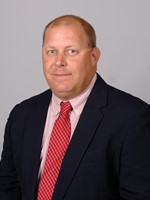 A number of Quinnipiac coaches won MAAC Coach of the Year this spring. However, Fekete coached the men’s lacrosse team to its first undefeated conference regular season since 2001 and its first regular season title since 2011. His team gets to host the the conference tournament as it looks to win its first MAAC Championship this weekend. -MM

It’s really tough to argue against a coach at the helm of a team that won a conference championship, let alone if that team goes undefeated in conference play. Fekete’s team has done exactly that with a fairly young starting lineup. His team has shown a lot of improvement, stringing six wins together after a 3-3 start. Quinnipiac, who hosts the MAAC tournament, boasts a 9-3 overall record. -SD 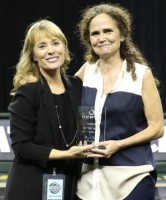 Named winner of the National Collegiate Acrobatics & Tumbling Association (NCATA) Coach of the Year, Powers coached acrobatics and tumbling to a 7-3 overall record and No. 3 seed in the NCATA National Championships. Powers’ Bobcats were the clear No. 3 in the NCATA; of the three losses handed to Quinnipiac this season, all three came only from the No. 1 and 2 seeds, Baylor and Oregon. -JC

Batten is a quintessential shortstop. He boasts a .975 fielding percentage and is an all-around hitter that bats second in the Bobcats’ lineup. He leads the team in batting average and slugging percentage out of players with more than 10 at bats through 43 games. The way he is rolling this season, he is primed to make the All-MAAC First Team once again. -MM 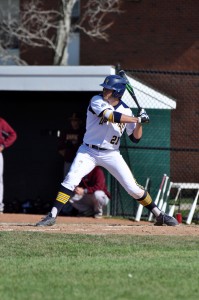 The senior outfielder is the best on the team when it comes to getting on base. Pescitelli leads the team in walks with 32, and on-base percentage (OBP) with .442. As of April 29, Pescetelli was tied for third in the MAAC in OBP. He has the second-highest batting average on the team at .312, but he is tied for first in home runs with five. He has also driven in 25 runs so far. -SD

Feldman has established himself as an elite goal scorer this season. Not only is Feldman leading the Bobcats in total goals with 30 in 12 games played, but he is leading the MAAC in conference goals with 19 in six MAAC games. Feldman has started in each of Quinnipiac’s 12 games this season and looks to continue his consistent ways in the MAAC tournament beginning on May 5 at home. -JC

Ezaka made the All-MAAC Second Team in 2014-2015 and has followed up by becoming the MAAC Player of the Year for the men’s tennis team for 2015-2016. His 40 wins on the season tie him with Eric Ambrosio for second-most single-season wins in program history as he helped bring the team to the cusp of its first MAAC Championship. -MM 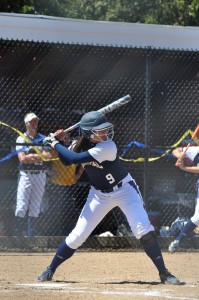 Brust led the Bobcats to an undefeated MAAC season and a regular season championship with his .564 save percentage and his 8.37 goals against average. His goaltending helped men’s lacrosse to six consecutive wins, earning MAAC Defensive Player of the Week honors four times. The redshirt junior has been steadily improving his goals against average, which has remained under double digits since an 8-7 win over Marist on April 7. -SD

Tobia has as much of a case for most valuable player as anyone in Quinnipiac spring sports. The freshman won MAAC Player of the Year and MAAC Rookie of the Year after finishing the conference tournament with the third-best score in tournament history as the women’s golf team won its first MAAC Championship. -MM 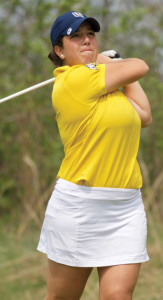 Tobia has had a phenomenal season all around, winning three of eleven events, amassing three top five finishes and four in the top ten. She averages a team-best 78.54 strokes and played a crucial role in bringing a MAAC championship to Quinnipiac. Tobia was named MAAC Player of the Year and MAAC rookie of the year for a reason. -SD

Tobia has had an amazing freshman season for women’s golf in 2016. Named MAAC Player of the Year and MAAC Rookie of the Year, Tobia lead the Bobcats to a MAAC Championship and NCAA Tournament berth after shooting a 225 (+9) and becoming Quinnipiac’s first golfer to earn a first-place finish in the conference tournament. -JC