The Quinnipiac Chronicle • May 4, 2016 • https://quchronicle.com/54870/opinion/how-the-chronicle-became-my-family/

How The Chronicle became my family 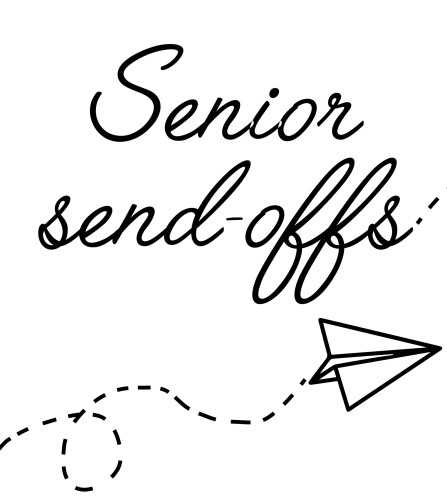 Joining The Chronicle was the best decision I made during my time at Quinnipiac. I’ve said this for the past three years and I still stand by it.

I was barely involved my freshman year and had so much free time that I didn’t know what to do with myself. I knew Julia Perkins from Spanish class and she convinced me to attend the Media Summit sophomore year. Even though I had no idea what I wanted to do for The Chronicle, I still showed up and immediately got involved with the news section. I’m so grateful that Julia encouraged me to join this amazing family and I could never thank her enough.

Just like I never really expected to find my place on The Chronicle, I absolutely didn’t expect to move up to an editorial position within one semester of becoming a staff writer. The Chronicle has given me a sense of accomplishment that I never would have found in another organization. My fellow editors have shown me that they’re confident in my abilities as a journalist (even though I’m a PR major) and have supported me every step of the way.

Not only has The Chronicle helped me grow as a writer and a leader, but it’s also given me some of the best friends I could have ever asked for. I felt so out of place at my first meeting here, but now these people are truly my family. The Chronicle has given me an amazing support system that has been there through the best and the worst of times. Even after dealing with stressful deadlines and making hard decisions, we are friends no matter what. I’ll miss each and every writer and editor, but I know it’s not goodbye; it’s see you later.