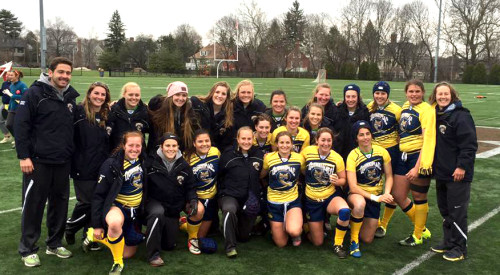 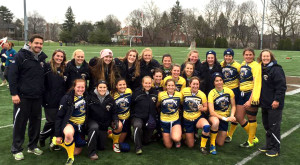 President John Lahey sent an email on April 11 to the entire Quinnipiac community congratulating the men’s ice hockey team on a great season after its loss in the Frozen Four. That same day, criticism of this message arose from the women’s rugby team.

A pinned post on the Quinnipiac Rugby Facebook page reads, “Women’s basketball, Women’s Ice Hockey nor Rugby who all made national accolades over the last TWO years never received one of these public congratulations.” They finish this message with a call to action through the hashtag: #fillthesilence, and this post has been shared nearly 200 times.

Many people took offense to this message. They say the rugby team is just complaining to get attention, and that it isn’t fair to men’s ice hockey. In reality, what isn’t fair is the lack of recognition and support women’s teams get from the administration and figureheads of our school.

Feminism is about equality, not preaching that women are superior to men. Unfortunately, so many still fail to understand this. The rugby team is, by no means, saying that its achievements are better than that of other men’s teams (specifically hockey). It is simply asking for fair recognition, which shouldn’t be so impossible to attain, especially because it won the NCAA championship this year.

The lack of support from Lahey and other administrators only perpetuates the idea that the rugby team is diminishing the value of the achievements made by other athletic teams. Administrators and faculty are supposed to set the example for us as students, and I am hugely disappointed in Lahey’s failure to do this.

To anyone complaining about those speaking up about this issue, stop. Let’s #FillTheSilence with productive conversation, rather than ignorance and thinly-veiled sexism. – J. Cibelli