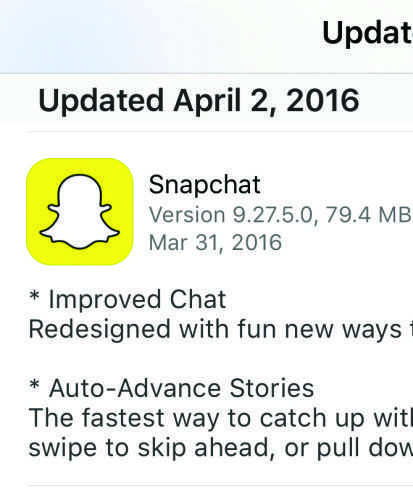 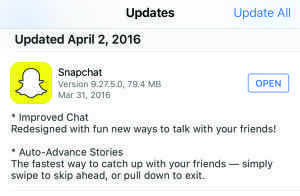 In today’s society, social media means the world to almost everyone. When a new update of people’s favorite app is released, people tend to get excited about what new things the app has to offer.

In the recent Snapchat update, after viewing someone’s story, it unexpectedly goes to the next person’s story. For example, I was viewing a story of someone who does not go to Quinnipiac and then suddenly I was seeing a picture of the Arnold Bernhard clock tower. Now this may not seem like a big deal, but it is actually monumental. This is not my only issue with Snapchat. I was furious when they removed the time from people’s stories so I had no idea when they would end. Now, when the stories do end, I automatically see a new story with no warning.

I also have many “friends” on Snapchat who I am not actually friends with in real life. I tend to not view those people’s stories, but now I see them unexpectedly. I thought I could trust Snapchat to allow me to view the stories I wanted, but it seems I was wrong.

Snapchat is my favorite social media app, but I definitely just lost respect for it. I never imagined a world where I wouldn’t know whose story I was viewing. I’m baffled to be quite honest. I will definitely not be looking forward to any new Snapchat updates in the future.