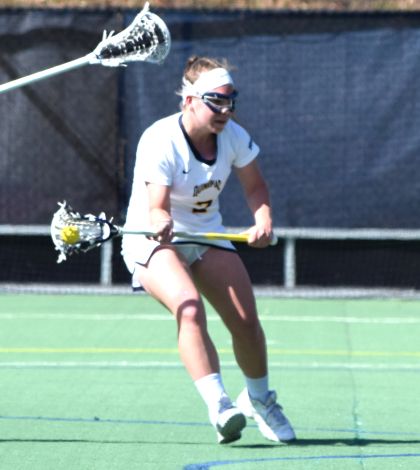 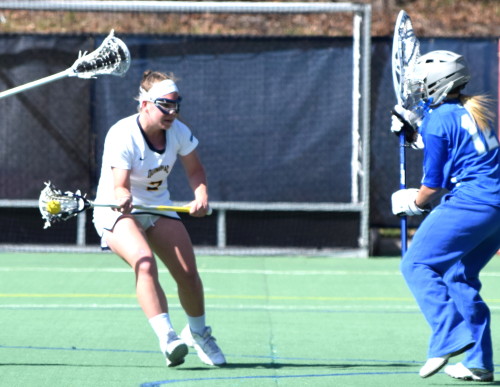 Miscommunication was the reason the Bobcats (2-7) trailed the Blue Devils (1-7) 6-1 at halftime.

“In the first half we didn’t really play body position defense and we gave them a lot of free positions, giving them a lot of their goals,” Quinnipiac interim coach Brittany Fortunato said. “Central really wasn’t doing anything. We were killing ourselves by not taking care of the ball.”

Thanks to multiple goals by Allison Kuhn, Cara O’Meally and Alex Hlesciak, the Bobcats came out hot after halftime, powering their way to a 7-6 lead. The Blue Devils tied it back up with 24 seconds left, forcing the game to overtime.

Senior Aileen Carey, who netted her 14th goal of the season, said she was more than confident in her team in overtime.

“I think in OT there’s a lot of energy and sometimes the refs’ calls will go the wrong way, but you just have to keep fighting,” Carey said.

After two scoreless overtimes, the Blue Devils netted a goal past Quinnipiac goalie, Kyle Larkin, who had 7 saves on the day.

Fortunato said she was proud of the was she saw and knows there is a lot to take from today’s game.

“They didn’t give up, they kept fighting and worked really hard to come back in the second half,” Fortunato said. “We need to be work on taking care of the ball, our stick work, moving the ball quickly on offense, and attacking when the lanes are there.”

“I think we played well today as a team,” Carey said. “We were a little slow in the beginning but were able to fight back and play a hundred percent all game.”

The Bobcats finished their 2016 non-conference schedule and will hopefully snap their four-game losing streak when they host Metro Atlantic Athletic Conference rival Canisius on Saturday at 1 p.m.