From post-its to published 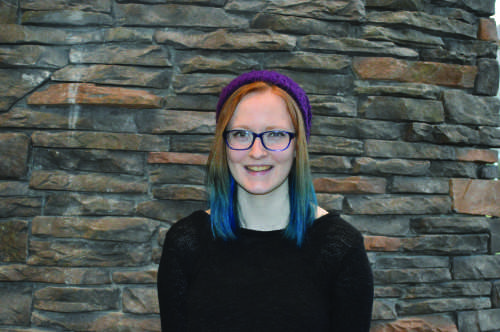 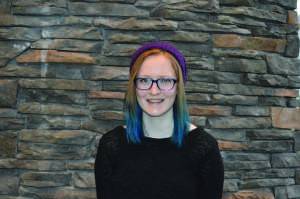 Like any literary buff, Emma Griffiths spends a lot of her time writing, but what sets her apart from the rest is that she wrote a book before she turned 18.

Griffiths is an 18-year-old freshman from New Haven. She wrote the book “After I Wake” throughout her junior year of high school.

Her book is about a teenage girl waking up in the hospital after a failed suicide attempt. The character looks back on everything that led her to that moment where she tried to kill herself. Reflecting on that moment, she realizes that she doesn’t like who she let herself become, so she decides she is going to make herself a better person and chase her own happy ending.

As a film and theater double major, Griffiths expresses an appreciation for an array of creative platforms.

“I used to write short stories when I was really, really little,” Griffiths said. “Then I picked it up again in middle school, and tried it again in high school and decided I would write a book, and I did.”

But the path from that first initial thought to write a book to holding a published copy in her hand was not easy.

Griffiths wrote half of her book over the summer going into her junior year and then finished it during midterms week.

“I didn’t have any classes [midterms week] and I didn’t have to go to school so I sat down and wrote the other half in about three days,” Griffiths said.

“I did a lot of writing because I knew I just needed to finish it otherwise I was never going to finish it,” she said.

From there Griffiths began her editing process, but this time she wasn’t alone.

“I sent the draft out to one really close friend who I absolutely trust with my writing. I got some solid feedback from them. I did a lot of rewriting. I added about 10,000 words,” she said.

After Griffiths finished her final draft she set out to find an agency who could help get her story published.

“I started sending out letters and researching all of these literary agents…I sent out about 75 letters from May to September,” Griffiths said.

But things started to turn around during, she said with a smile, the “most exciting fall.”

Griffiths was cast as the lead role in her favorite play in high school, “Importance of Being Earnest,” and after coming home from a performance she was taken back by an unexpected email.

“I had just taken off all of the stage makeup and I got in bed and opened up my computer and there was an email from a publisher saying, ‘we like this so we want to publish it,’” she said. “I flipped out and woke up my parents and was like, ‘look at this!’ They were like, ‘we don’t know if this is real so let’s just take a moment.’”

Following that email, Griffiths and her parents set out to find if it was sent by a reliable agency.

“My dad has a friend that he went to and he asked if this place was real and she said, ‘yes’. I told everyone a couple of days later when I signed the contract it was a really, really exciting couple of days,” Griffiths said.

Harmony Ink Press published Griffiths’ book. They focus on publishing young adult LGBT related books and were interested in Griffiths’ book because her main characters fall on the LGBT spectrum.

“The best was when I walked up to my writing teacher,” she said. “He was doing SAT prep and I was in my full costume for the play. I looked all Victorian and I knocked on the door of the SAT prep and I told him that my book was getting published. He flipped out.”

Griffiths’ inspiration for writing her book came from an afternoon of watching “Hairspray” on TV with her dad.

“I remember I was watching the original ‘Hairspray’ with my dad on a channel I never watch. There was this weird commercial that said ‘Have you ever had hypothermia and was mistreated in the hospital call this lawyer,’” she said. “I looked at the TV and thought I haven’t but I want to write a book about someone who has. I went upstairs and wrote an outline for the book and went from there.”

Along with that initial inspiration, the people in Griffiths’ life who encouraged her daily were both her writing teachers and her father.

“When I was in high school we had a creative writing club and I ended up being the president,” she said. “The two teachers who ran that club were so influential and helpful in getting me off the ground and showing me where I could improve as a writer and just being able to go there every week and bring what I was working on.”

She and her father also talk about writing at home and on car rides.

“He used to write a lot of poetry when he was in college so we just talk about the art of writing and how that differs for both of us,” Griffiths said. “He writes poetry and I write fiction. When we are bored we drive around and talk about writing and that’s pretty cool and helpful too.”

Both of her parents supported her journey and are proud of her accomplishment.

“She would say she was working on the book and I knew she was serious but I didn’t realize everything she was doing,” her father, Chris Griffiths, said in an email. “It would have been so easy for a kid her age to give up but she’s one of those people that knows what she wants and is tenacious about achieving it.”

Besides writing her own book, Griffiths has also had some writing success here at Quinnipiac. A play she wrote was picked and performed at the annual New Play Festival in New York City, a program the Quinnipiac theater department has participated in for three years.

She also experienced what it’s like to attend a book festival as an author instead of a reader.

Throughout all of this, Griffiths continues to write and hopes to get a few plays and screenplays written in the future, along with her second book that she is currently working on.

After college, she plans to write and direct movies.

“There’s a problem with diversity in the movie industry and more than diversity. I love writing and I have cool ideas.” Griffiths said. “It should be whoever is the best actor’s for the part. The movies that I am trying to write are with the whole world in mind.”

For young writers with busy schedules who think writing a book of their own is impossible, Griffiths has some advice.

“I worked at Barnes and Noble at the register and in between checking people out I would write entire chapters on sticky notes and went back and showed them to my creative writing teacher and he would give me feedback,” Griffiths said. “I would say instead of writing everyday, when you find the time to write sit down and do it. If you have ideas write them down and you can go back and look at it.”

If you’re interested in grabbing a copy of “After I Wake” you can find it at Barnes and Noble, Amazon and on Ebook.