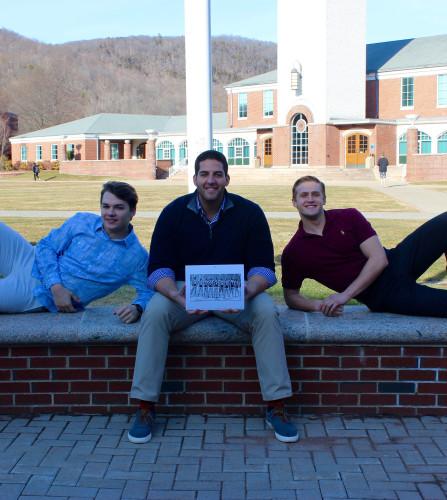 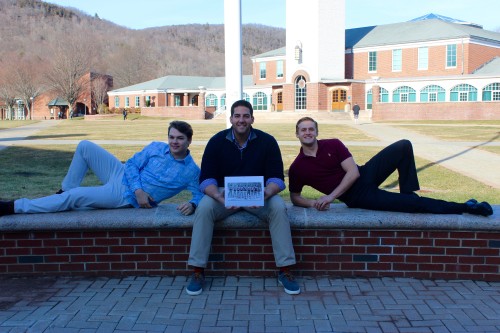 For the past two years the unaffiliated New Blue Rugby team has been creating a “sexy” calendar to create revenue for the team, senior co-captain PJ Ruttura said.

The team is made up of Quinnipiac students who come from a background of lacrosse and football, according to the New Blue Rugby website.

Ruttura said in 2012 the team was in a significant amount of debt and was losing money fast. He said in order to create fundraising ideas the team gathered two representatives from each grade and met to discuss possibilities.

“We really didn’t know what to do,” Ruttura said. “Then me and a kid named Paul Thompson [co-captain], we were like ‘oh let’s make a nude calendar, it will definitely sell a lot better than a regular calendar,’” Ruttura said.

Senior co-captain Matt Szajnar agreed that the idea for the calendar was a good choice for the team.

“We needed to find a way to raise more money for the team so that the future captains could be financially secure. We created the tradition,” Szajnar said.

The team then thought of different ways to promote the calendar to students.

“We used to go into all of the sorority chapters and we had a little speech and we’d show them a few photos, like a sneak peek,” Ruttura said. “We tried doing a competition last year. The competition didn’t really work out that well of which sorority could buy the most [calendars].”

Rather than having a small target market of sororities, Ruttura said the team decided to expand its reach for customers.

“We decided we might as well use YouTube, which can hit every part of the school which would just be a lot easier,” Ruttura said. “As soon as we put the video up, within 24 hours, it had over 1,100 views.”

The YouTube video features members of the New Blue rugby team nude holding a rugby ball. In the video Ruttura explains that half of the money raised goes to the team and the other half to the Wounded Warrior Project, a charity and veterans service organization.

This year the team is taking a different approach to marketing the calendars.

“We’re going to be going door-to-door throughout all of the dorm rooms,” Ruttura said. “We’re also going to be selling them at [Andale Mexican Restaurant] on Thursdays and Friday nights.”

The team has a good relationship with Andale Mexican Restaurant who supplied the team with a $2,500 check. The money goes toward the team’s field, travel, equipment and more.

This is the first year the restaurant has sponsored the team, according to Szajnar.

“We [team captains], along with our previous captains, reached out to the businesses for the sponsorship. Our other main sponsor was Ray and Mike’s. They sponsored us for two years,” Szajnar said.

Senior Mallory Robalino is the main photographer for the team’s calendar.

“When we came up with the idea I talked to her I was like, ‘Mal, you got the best photos, can you take some of us naked?’ and she said ‘I would love to,’” Ruttura said.

Robalino has been taking pictures of the team for the past three years.

“The guys are really good at coming up with their ideas before we even start shooting so once we start they’re ready to go with props and poses,” Robalino said. “From that point we just tweak things here and there to make sure everyone is covered in the right places. It actually takes quite a bit of choreography on their end to keep things ‘calendar-worthy!’”

After the shots have been edited, Robalino said the captains vote on the best shot for each month.

When it comes to getting the calendar printed, Robalino said he looks for printers with the best price.

“We’ve changed printers year to year to reflect the best price so that the calendar makes the most profit it possibly can, but maintains a good quality,” Robalino said.

The calendar is the the largest source of income for the team, according to Szajnar. But the team also looks for other ways to raise money.

“We collect dues at the beginning of the fall semester from each player also help to provide clothing, rides and help cover league dues. We also use fundraise.com,” Szajnar said.

According to Ruttura, the calendars are sold for $15 a piece around mid-March and the week after spring break.

People can buy the calendars by contacting PJ Ruttura directly Szajnar said. The calendars can also be purchased by talking to anyone on the team who can provide PJs contact info. The team can also be reached through its email address, newbluerugbyclub.com.

CORRECTION: This article was updated after The Chronicle was contacted by Mallory Robalino on March 2 asking for a correction. The print version the article includes a quote from PJ Ruttura stating that Robalino is one of the main photographers for the Islanders. However she said she worked for them in high school and whenever she is home, but she is not one of the main photographers.