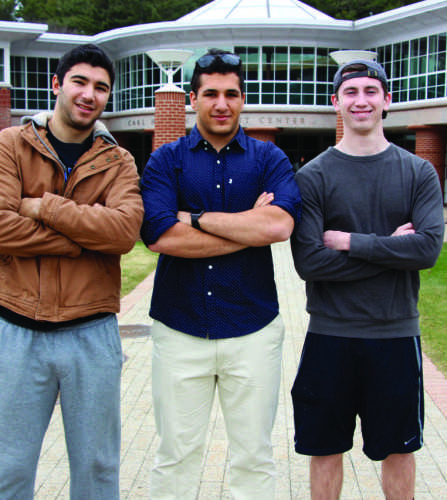 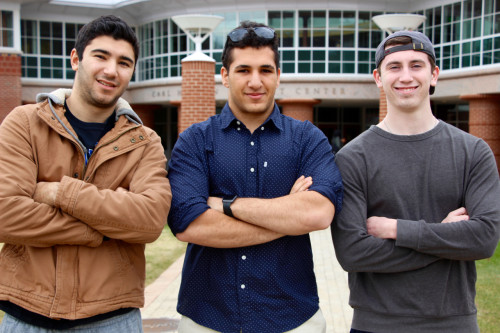 The Paintball Club may be making a comeback on campus.

Freshman biomedical sciences major Sami Saleh had the idea to restart a paintball club at Quinnipiac and has started working closely with students and faculty to make his dream a reality.

This would not be the first time paintball has had a presence on campus. Assistant Professor of Entrepreneurship & Strategy David Tomczyk was the advisor of the former paintball club, which was around about six years ago and had around 12 members.

“I think the people who formed the club thought that the school would pay for everything and that they wouldn’t have to market their club,” he said. “Unfortunately, both assumptions were wrong.”

Saleh is considering asking Tomczyk to once again play the advisory role, and it turns out that the professor would be open to the opportunity.

“I’ve had a blast each time [I’ve gone paintballing],” Tomczyk said. “And I’d love for more people to be able to enjoy that experience.”

Saleh is optimistic that the Paintball Club will again have a presence on campus. Saleh has been into the sport since he was 12.

“I got into it because I was working at a local [paintball] store… and I just generally progressed up from blitz-ball to tournament and speed ball, which is another level,” he said.

Speed-ball is a quick paced, tournament style game with bunkers and usually lasts about 15 minutes per round. Meanwhile, blitz-ball is in a wooded or mapped out area, and is more recreational than speed-ball, Saleh said in a Facebook message.

Saleh said he was interested in playing paintball in college, but when he found out Quinnipiac did not have a team, he did some research. He talked to some classmates and posted on the Class of 2019 Facebook group to see if people would be interested in the team. Eleven students said they would want to join, so Saleh decided to try to start the club up again.

Though this is currently an idea in the works for Saleh and some other students, he said they are moving forward to make it a club through Campus Life. First he will work on getting costs down so students are more willing to join. Then, he said he will hopefully work out a way to store gear and play at Hogan Alley Paintball, which is the closest paintball course to campus, in Meriden.

Saleh is hoping to work with the other members to help the club take off by fundraising for their first semester and figuring out transportation to the paintball course.

One of Saleh’s fundraising ideas is to have Greek life host a paintball tournament for $50 a team to raise money and awareness for the club.

But, most importantly, Saleh emphasized he hopes to sort out the price of creating the club and making it a recreational experience for anyone interested, in addition to making a tournament team for Quinnipiac.

Practices would likely be on Saturdays or Sundays, according to Saleh. Hogan Alley Paintball is an outdoor facility, but Saleh hopes to play paintball during all seasons. In order to be active during all seasons, Saleh said the members could travel a bit further to an indoor facility when the weather gets too cold to be outside. He said there could even be a possibility of practicing over winter, spring and summer breaks too.

Anyone with any kind or amount of experience can join, though the tournament team would require more of a commitment, some basic knowledge of the game and around seven players.

Freshman Greg Zacharakis is involved in starting the club with Saleh. Zacharakis said he plans on marketing for the club by putting up flyers around campus and spreading information by word of mouth.

Zacharakis said via email that he hopes the club will provide an entertaining outlet for students to partake in.

“I would love for the club to meet somewhere on campus one afternoon and book a paintballing venue so we can go out and have fun,” Zacharakis said. “Eventually, maybe next semester, we can enter local tournaments.”

Both Saleh and Zacharakis said they have high hopes for the club. Saleh said those interested in joining should contact him via Facebook or email at [email protected]

“We just want to have people come out and play… and just [have] a good, fun time,” Saleh said.