Pining for the past: boy bands 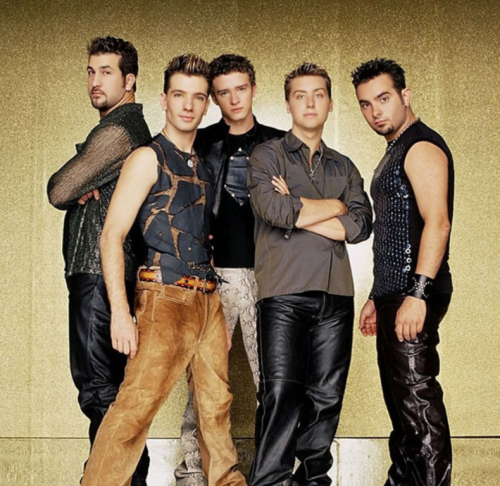 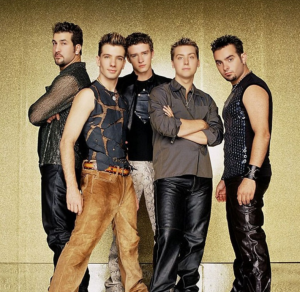 Who remembers pleading their parents to drive them to Target as soon as the latest boy band album came out? Many of us share those same memories and we wonder, what was it about these groups that had so many young hearts in love?

We are “90s kids” and that means we grew up during the time of boy bands. Some of us listened to the songs so much as kids that we can’t listen to them anymore, while others continue to jam out and blast the songs through their cars.

Whether it was Boyz II Men, Backstreet Boys, New Kids on the Block, N’SYNC or even the Jonas Brothers, most of us can remember our favorite bands we fell in love with.

It has been years since these bands have been popular, and members like Justin Timberlake and Nick Jonas have continued their careers solo.

Justin Timberlake has released numerous solo albums since his time in N’SYNC and we have therefore been able to listen to his music throughout our childhood and into our teenage years.

Jonas Brother, Nick has also been successful as a soloist, releasing more risky songs that appeal to our generation now.

“My best friend liked [the Jonas Brothers] so that made me interested in them,” senior health science major Taylor O’Sullivan said. “I still listen to the boy band One Direction.”

The Jonas Brothers made the Billboard 200 albums chart eight times, with their 2008 album “A Little Bit Longer” and 2009 album “Lines, Vines and Trying Times” making No.1 on the list, according to Billboard.

Meanwhile, One Direction came onto the music scene in 2011 with its debut album “Up All Night.” Their music has developed over their albums, growing from mostly pop to more deep lyrics. The band’s music continues to progress despite losing a member in March 2015.

“I just think it is different because of how we viewed them because our age,” she said.

“I have all of their CDs and the “Camp Rock” ones,” she said. “I still listen to One Direction now that I am older.”

Before there were IPods, we had no choice but to play our music out loud and torture our parents with the same few songs over and over again.

But for, Emma Robertson, a freshman journalism major, her love for the Beatles was shared with her father.

“My dad was really into the Beatles so I had a lot of exposure to them growing up which made me like them,” she said.

While the Beatles are widely praised for their monumental impact on the music world, they often aren’t regarded as a boy band.

According to kqed.org, the Beatles have many prime qualities of a boy band. These qualities include cute songs about girls, songs you can dance to, an approachable amount of sexiness and no clear front man. With this said, the Beatles truly were the pioneers of the path walked by N’SYNC, The Jonas Brother and One Direction.

Going to a concert when we were younger was a big deal and for O’Sullivan and Acosta their first concert was seeing the Jonas Brothers.

But some students weren’t as interested in boy bands.

“I never really listened to boy bands growing up,” freshman sociology major Brianna Robinson said. “They just weren’t my type of music. I didn’t have much of a fever for boy bands as kid.”