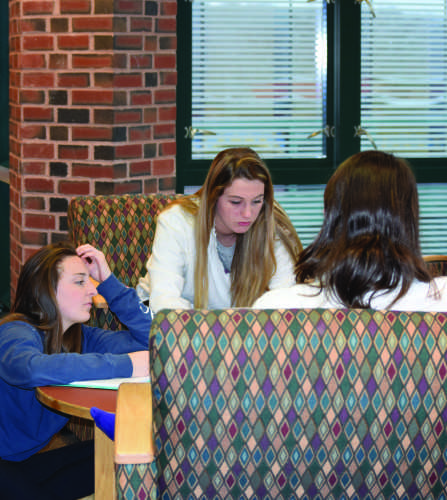 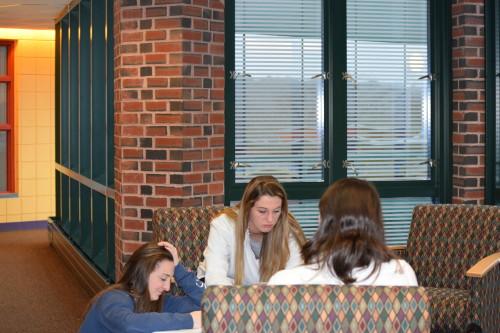 Nursing students are able to work and live with each other in Quinnipiac’s first Nursing Living-Learning Community (LLC) on the fifth floor of Mountainview.

Planning for the Nursing LLC began in the fall of 2014, and this school year has been the first full year the community has existed.

The idea behind the Nursing LLC stemmed from current and prospective student interests and requests.

“Students wanted to live in area where their academic rigors were being respected by the community,” Mountainview Residence Hall Director George Regan said.

The Department of Residential Life wanted to provide nursing majors with connections to the field before starting their nursing-specific course work.

“During their first year, nursing students are often taking similar courses that do not speak to nursing specifically,” Regan said. “We determined that this warranted the creation of an environment that allowed for nursing students to have experiences that connected their pre-requirement course load to the School of Nursing and the nursing faculty.”

There is also a close partnership with the Nursing Department within the Nursing LLC. The academic program played a role in creating the community as well.

The Nursing LLC is currently on the fifth floor of Mountainview. The community is 98 percent nursing majors. The other 2 percent are either future nursing majors or other health science related majors.

“Mountainview is a great environment for living-learning communities in that it allows for intentional, cohesive communities of between 40 and 60 students living in suites of eight students,” Regan said.

Quinnipiac currently has four other living-learning communities: LiveWell, Honors, Global and Business 3+1. However, the nursing community stands as a starting point for the possibility of continuing to add more academic-based LLCs, according to Regan.

Senior nursing major Stephanie Gauthier said she would not have wanted to live with only nursing majors during her freshman year.

“Although you are taking similar classes, you aren’t taking nursing classes yet so I don’t think it’s completely necessary,” Gauthier said. “It also streamlines you into being friends with mostly people in your major. Living with people outside of my major allowed me to make friends with people who study many things and I love that.”

“Being in the Nursing LLC has brought so many opportunities to our whole floor,” Bushnell said. “Being around girls who are taking the same courses as you makes it easy to ask questions, or maybe have them tutor you in a class.”

Every LLC on campus, including nursing, is led by Resident Assistants who either lived in the communities before or are fully supportive of it. Thanks to them, all programming, events and meetings are related to the theme of the LLC.

Regan said there has been nothing but positive feedback about the Nursing LLC.

“From everything that we have heard from the community members and the School of Nursing, the community has been very successful and very popular,” Regan said. “Also, the residential retention rate for students living in an LLC is higher than students not involved in an LLC.”