Acrobatics and Tumbling falls to Baylor in season opener 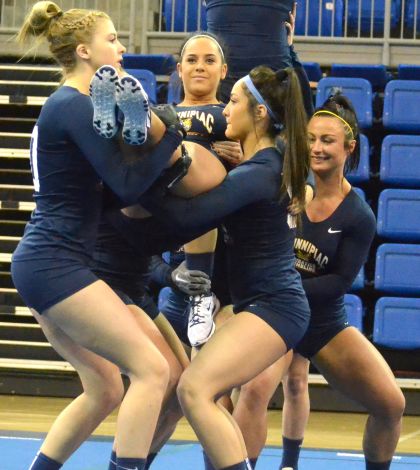 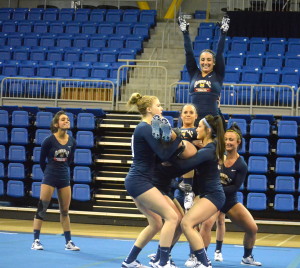 “I scaled back on a lot of their star values because I just wanted them to get some confidence,” Powers said. “Whereas the stare values on Baylor’s side were already way up there. We stayed close and now I get to build the season and put some layers on this and I think the kids are ready for more.”

Even though this game counts as a loss on their record, Powers believes this was an overall win for the team.

“I don’t take this as a loss” Powers said. “There’s lots of ways to win. We won in this bench today, we won in confidence, we won in regaining some injuries, we won in these kids having a ball and making sure that are fans had a good time and growing the sport. There’s a lot of wins here and no losses for this team.”

The Bobcats will next go to Philippi, West Virginia to face Alderson Broaddus University and Fairmont State University on Saturday afternoon.