Car flips over on York Hill 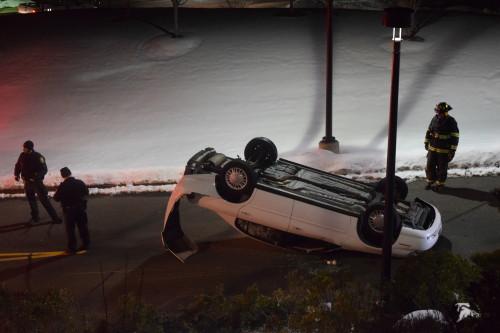 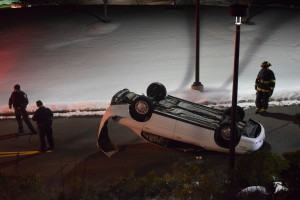 A student’s car overturned Wednesday night after she hit a curb by the guard booth on the York Hill campus, according to Public Safety. The student was uninjured and the only one in the car.

Three Hamden police officers, one ambulance and three Public Safety vehicles reported to the scene, blocking off the road past the guard booth. Shuttles were cutting through the Westview parking to continue to pick up and drop off students.

A tow truck cleared the car around 10:45 p.m., approximately an hour to two hours after the accident.

Stay with The Chronicle for updates. For additional coverage from the accident, add qu_chronicle on Snapchat.

WATCH: The tow truck flips over the car that was involved in the accident.

CORRECTION: This article originally said the accident happened on Thursday night, but this was corrected to say Wednesday night.