Following a delayed opening, the university closed after an hour 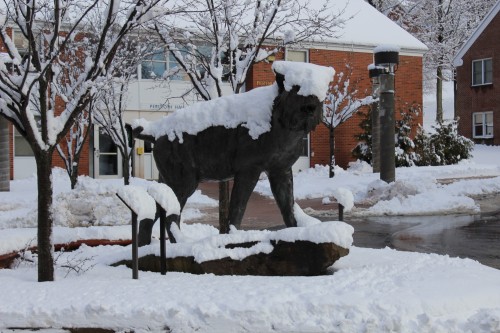 A lot of planning goes into the preparation for a snow storm like the one the university experienced on Feb. 5, according to Associate Vice President for Facilities Operations Keith Woodward. 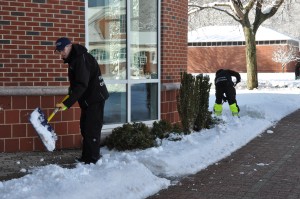 “There are conference calls between campuses to ensure each campus has the proper resources to make it through the storm,” he said in an email.

But Woodward said we should expect to deal with the aftermath of this storm for a couple of days.

“With the moisture/wetness of this storm, we are likely to see lots of thawing and freezing,” Woodward said.

The university was only open from 11 a.m. to noon on Friday because of a snowstorm that lasted into the early afternoon. Students, faculty and staff received a call around 6:15 a.m. on Friday saying the university would open at 11 a.m.

Then, around 11:55 a.m., the university notified the campus community that classes would be cancelled for the rest of the day, starting at noon, and that all offices would close at that time.

After 10:45 a.m., Parking and Transportation Coordinator Shanon Grasso sent an email early this morning stating the Pine Grove walkway from the College of Arts and Sciences to the Carl Hansen Student Center was closed due to possible falling tree limbs.

“Please use caution when walking around campus with the slippery and wet conditions,” she said in the email.

Grasso sent a second email asking students parked in Crescent, Eastview and Westview parking lots to move their cars to the garage for tonight’s men’s ice hockey game at 7 p.m. so facilities could clear the snow. 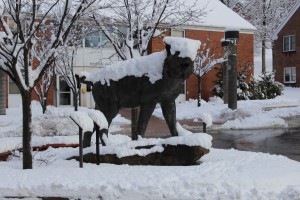 Chartwells kept the dining schedule the same for Cafe Q, the Bobcat Den and the York Hill Cafe, but the North Haven cafe closed an hour early at 1 p.m.