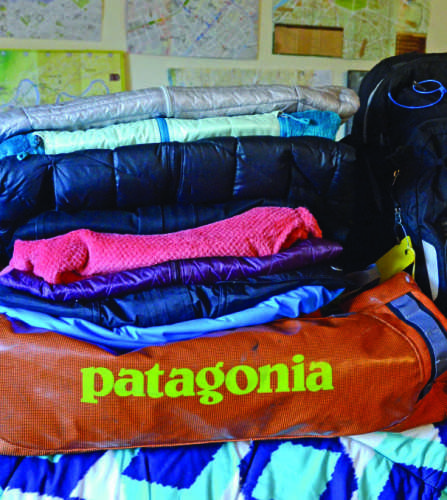 For most, myself included, the countdown to Thanksgiving is in full swing. The thought of being home, in my own bed, eating delicious food and surrounded by my family is what’s getting me through this week. In the midst of all this excitement, it’s easy for us to forget what this holiday is really about.

The phrase “check your privilege” is used in conversation more frequently. It’s extremely applicable to this year in particular because of all the recent tragedies that have occurred around the world.

“Checking your privilege” means taking a step back and seeing how much you really have in comparison to others who may not have the same privileges or luxuries as yourself.

The term originated as a self-deprecating way to encourage many people, especially college students, to acknowledge and appreciate the certain privileges that society gives them simply for whatever social class, nation or ethnic group they were born into. These privileges can include luxuries such as laptops, smartphones, large homes, nice cars and fancy clothes, but also things we take for granted, such as access to clean water and a voice in politics.

Though ignoring these privileges is not something done intentionally, there needs to be a conscientious effort to keep them in mind.

In today’s society, it’s becoming easier and easier for us to ignore our privileges. It’s rare to find those who aren’t walking around with an iPhone in their hands, keys to luxury cars dangling from their fingers and on their way to work or class.

As students at Quinnipiac, we hear people ignoring their privileges all the time, whether it’s because they’re complaining about the seemingly endless line at Au Bon Pain or the post office, about the cafe food and even the “long” walks to class. We don’t necessarily stop to think about how lucky we are that we have access to food or education, and it doesn’t even cross our minds that there are people who dream about being on a college campus but will never be able to.

Assistant Professor of Sociology Don Sawyer has his own explanation as to why we forget how privileged we are.

“A lot of times, we don’t necessarily see our privileges,” he said. “Privileges are usually invisible at some times so when people say ‘check your privilege,’ we have to be reminded of those privileges.”

Sawyer also said the term has merit and it’s important to be reminded of the privileges that we have.

However, there are many criticisms of this phrase.

Sophomore Alexia Andrews believes saying this phrase can be considered rude if said to a person who is simply venting about a problem.

“People will always complain, regardless of what we do and when people are complaining, they don’t necessarily stop to think about everything good in their life. If someone’s in the middle of complaining about something, it’s kind of rude to stop them and tell them to ‘check their privilege,’” Andrews said. “I like the idea of the term but I don’t think it’s executed in the best way possible.”

Freshman Jack Onofrio agrees with Andrews and believes the term itself is ignorant.

“You don’t always know the situation someone’s in,” he said. “They might not be as privileged as you think they are and telling them to ‘check their privilege’ when you don’t necessarily know their background can definitely be seen as being ignorant.”

Sawyer shares Onofrio’s view on this.

He also mentioned other characteristics that determine privilege.

“To be a white, male Christian is something different than being a white, gay, male, high school dropout — they’re different levels of privilege….” Sawyer added.

In spite of his views on the term, Sawyer does stand by the fact that we should be using “check your privilege” as an invitation to step back and really consider everything that we are privileged enough to have.

“It’s easy for us to say we’re privileged when it comes to people in other countries, but it’s hard for us to recognize how privileged we are compared to others in our own country,” Sawyer said. “It’s important for us to take time and reflect on what we do have.”