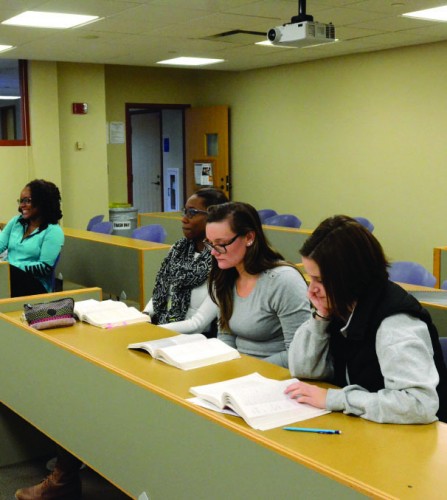 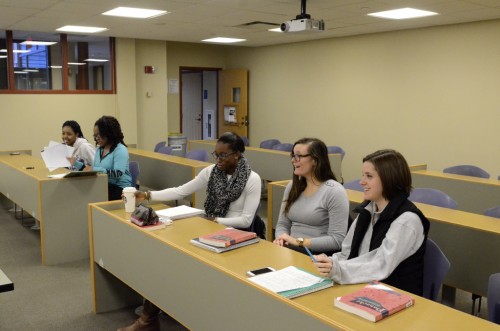 A recurring issue within the Department of Modern Languages has left several French minors and faculty with a sense of déjà vu.

In order to minor in French, students must complete six three-credit courses with at least one course at the 300-level, according to the Quinnipiac University 2015-16 catalog. However, the Department of Modern Languages offers an unreliable number of French courses at the upper levels and, as a result, students are struggling to complete the minor.

Barbara Lathrop, a French professor at the university, said there are certain semesters when the 300-level courses are not offered.

“[Students] come in at 201 and then take 202. And then they’re ready to take 301, and in some semesters it’s offered and some semesters it isn’t,” Lathrop said. “And then generally when they get to trying to do 302 it’s almost impossible.”

Anne Noordsy, a senior media studies major and French minor, began her minor with ease. However, as she entered the higher level classes, the university failed to offer enough classes to satisfy the French minor.

“Those who are passionate about foreign languages, such as French, should be able to educate themselves in the culture and the language,” Noordsy said. “And not have to go out of their way entirely to get their requirement; there should be regular courses.”

In order to continue her minor, Noordsy emailed the department chair of modern languages to set up a plan to continue her minor. Noordsy settled with an independent study; an instance in which a professor works one-on-one with students once a week outside of the traditional classroom setting, according to Lathrop. The professor creates the curriculum and teaches accordingly.

The independent study is a temporary fix for the lack of class availability. And although it facilitates the French minor for students, it disadvantages professors, Lathrop said.

“The way I see it I would be happy to do an independent study with kids, if the compensation is at least fair,” Lathrop said. “I mean what I got for what I did is peanuts. I developed a whole new course.”

But not all students who attempt to minor in French find appeal in the independent study option and end up dropping the French minor, according to Assistant Dean of Humanities in the College of Arts and Sciences Mary Paddock.

Paddock said she has been working at the university for seven years and considers the struggles with the French minor to be a “vicious cycle.”

“We haven’t been able to offer the courses,” Paddock said. “The students see that and say ‘well I can’t complete the minor, why should I start it? I’ll do another minor instead.’ And then when the numbers don’t materialize at the upper level of French, we don’t have any justification for hiring faculty in French.”

Currently, the department’s main solution to improving the French minor is to have more students participating in an independent study. But the department is working on a more sustainable solution: the Department of Modern Languages plans to set up minors in a different way, Paddock said.

The traditional minor focuses on language and culture courses taught in the foreign language. The department is planning on setting up minors so they are more like an area study, Paddock said. Students would still take courses in language and culture but some of the courses would be taken in different departments and in the English language. For instance, a French cuisine class could be taught in a different department and still count for the French minor.