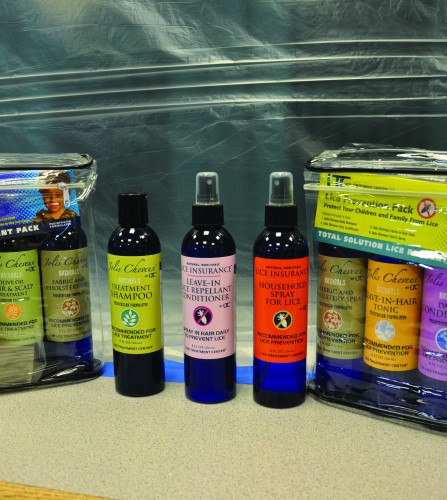 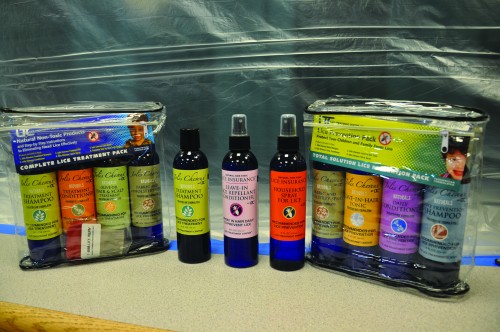 Dennis J. Richardson, a professor of biology at Quinnipiac, explains what head lice are and how they spread from student to student.

“Head lice are parasitic insects that spend their lives in hair on the human head where they feed on blood several times a day,” he said. “There they mate and the females glue eggs [called nits] to hair shafts. Head lice have been with us as long as we have been human and are very common. ‘Outbreaks’ frequently occur in settings where people come in frequent contact with one another, especially day care centers and schools.”

Head-to-head contact is the most common way lice is transmitted from person to person, Richardson said. So the best way to avoid lice to to not share clothes, brushes, combs and bedding, he said.

The Health Center has been providing head lice checks. Vice President for Public Affairs Lynn Bushnell assures that the university is taking “appropriate measures to address the situation.”

Freshman Kimmie Ellsworth lives in Irma and has taken precautions to prevent herself from getting lice.

“I slept in my friend’s room for about a week and a half and basically cut off all contact with the people on my floor who did have head lice,” she said.

Morgan Brandt is a freshman who lives on the second floor of Ledges.

“I was obviously afraid of getting lice but I’ve been in so many places that lice went around that it doesn’t bother me that much,” she said. “I didn’t do anything to prevent myself from getting it and I feel that people automatically think that they’re going to get it if people on their floor have it. I don’t think it’s as big of a deal that people are making it out to be.”

There are many common misconceptions about head lice on college campuses and beyond, according to the Washington Post.

These misconceptions include: that you contract lice if you’re dirty, that lice can fly and jump, that only special shampoos will get rid of lice, that you can suffocate lice and that lice will make your head itchy, according to The Washington Post.

“Head lice has nothing to do with hygiene,” Andrew Bonwit, a pediatric infectious-disease expert at Loyola University Health System told the Washington Post. “It has to do with whether the person was exposed to someone with head lice.”

Lice cannot jump or fly. They only crawl, which is why children are more prone to getting head lice than adults.

Lice cannot be suffocated by bubble wrap, tinfoil, Vaseline, mayonnaise or anything of that nature.

Itchiness is not always present when someone has a head lice infestation. Scratching may occur a few weeks after the lice have rooted in a head, but this is why students, children and even adults should get checked by a nurse every once in while.

Richardson explains that lice pose no real health threat. They are not known to transmit any diseases, but are an incredible nuisance and can be challenging to get rid of.

“Unfortunately, there is often a negative stigma associated with having lice, but this is wholly unwarranted,” he said. “Anyone can become infested with head lice. They do not discriminate based on class or cleanliness. I have had head lice.”

According to the Center for Disease Control and Prevention, an estimated 6 to 12 million infestations occur each year in the United States.

It is not uncommon for the occurrence of head lice to increase in social settings in the cooler months as people begin to spend more time indoors in closer contact.

“I feel really uncomfortable and I do not understand why the school is not taking the extensive measures to prevent the spread of head lice,” she said. “This didn’t happen last year. I actually lived in Irma last year and nothing like this was spread, maybe a cold but nothing this bad. I have been wearing my hair up and trying to avoid physical contact with people, like hugging, because anyone could have lice without knowing. A lot of the sophomores are trying to stay away from the freshmen because that is where it started.”

There are several shampoos that are available that will kill adult head lice, according to Richardson.

“After treatment following directions supplied with the shampoo, it is important to remove the eggs or ‘nits,’” he said. “Otherwise, more adults will likely appear following treatment. There are special combs that often are included with medication that may be used to remove nits. Nit removal can be challenging and requires tenacious effort.”

Lice treatment kits are available at any pharmacy, he said.