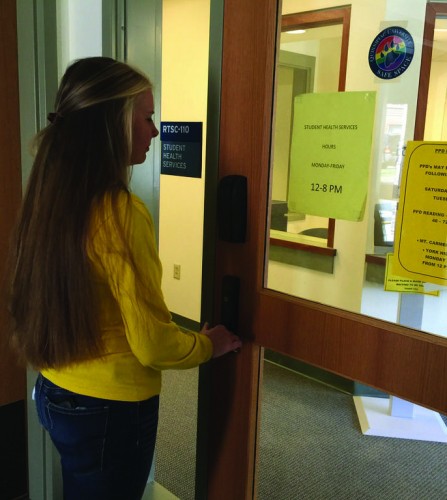 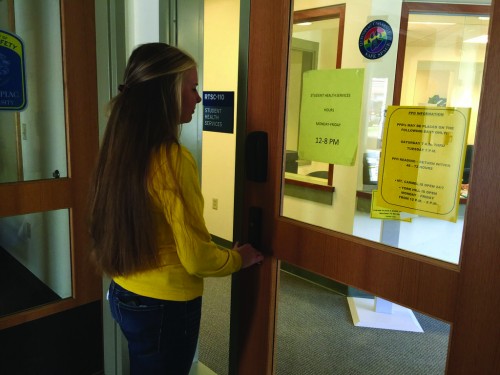 It was 1 a.m. on a Tuesday when junior Matt Dillane began to feel sick. He wanted to go to the Health Center, but the one on York Hill was closed, so he woke up his roommate.

“I couldn’t sleep, so my roommate had to bring me down to the Health Center on main because I couldn’t drive myself,” Dillane said. “I got sick again on Friday but my roommate was in Texas, and the Health Center up on York was closed, of course. Luckily, a friend was around to drive me but if no one was around I’m not sure what I would have done.”

“If it is an emergency, the student should call Public Safety or 911,” Chase said in an email. “They can come to SHS (Student Health Services) at the Mount Carmel campus or if it is something that can wait, the student can make an appointment for the next day.”

According to Chase, a physician’s assistant is available Monday, Wednesday and Friday from noon to 7 p.m. and the Doctor is there Tuesday from 1-6 p.m.

But Dillane said making an appointment can be a tedious process that provides little to no solution.

“The worst part is that at the Health Center, a doctor is only there once a week for limited hours,” Dillane said. “So they’re pretty limited in what they can actually do for someone like me who ended up with a sinus infection. A bag of generic cherry cough drops only gets me so far.”

Senior Kiana Bonner took the initiative to call Public Safety when she was not feeling well.

“I woke up one night at 3 a.m. and my ear was hurting, I knew the Health Center on York was closed, so I called Public Safety to see if they could drive me down [to the Mount Carmel campus],” Bonner said. “They told me they would send someone to come outside, so I waited outside in the rain for 20 minutes and no one came or called me or anything. Eventually I went to the parking garage and drove myself down [to main campus].”

Bonner was then treated at the Health Center on the Mount Carmel campus.

“Because of the medicine they gave me I couldn’t drive. I had to spend the night there, only to wake up at 7 a.m. to drive myself back,” Bonner said.

At this time the university has not considered extending the hours of the Health Center on York Hill.

“The hours were adjusted due to demand and requests of the students,” Chase said. “The Mount Carmel Student Health Services is available if needed.”

Dillane feels that there should be a 24-hour Health Center on York Hill just like on Mount Carmel.

“Juniors and seniors living on York should have access to these services just like freshmen and sophomores,” Dillane said.

In order to change the hours, many departments would evaluate student demand and statistics before making a final decision, Chase said.

“Quinnipiac University offers 24-hour student health services,” Chase said. “Most universities do not offer this service. Medical emergencies should be evaluated at an emergency room. If it is not an acute medical emergency, an RN can evaluate students during off hours on the Mount Carmel campus. We offer a great service and our very fortunate to have a very knowledgeable staff.”