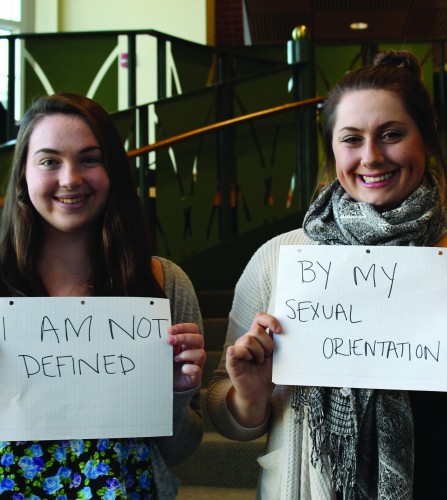 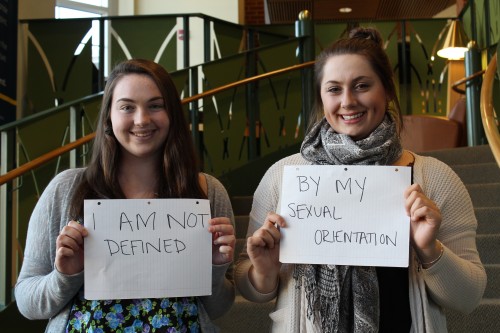 Junior Olivia Hilton recalls many fond memories as a camper and counselor-in-training at Camp Rotary, a summer camp she used to attend yearly. One day, she used the camp’s computer to post on her personal blog—a blog which contained LGBT content, including her thoughts and fears of coming out as lesbian—and forgot to logout.

Several days later, a fellow counselor confronted her saying that her posts were not “camp-appropriate,” although no campers had access to her blog.

Unfortunately, Hilton suspects that the contents of her blog may have cost her the job.

“Even though I had the highest evaluation scores,” she said. “I was asked not to come back the following summer, for reasons undisclosed.”

The camp did not return a request for comment.

According to americanprogress.org, up to 17 percent of LGBT employees believe they have lost jobs and/or job opportunities due to their sexual orientation or gender identity.

This is only one aspect of the prejudice that is directed toward LGBT Americans.

Shelby Petrie, a freshman communications major, recalls several hostile conversations with her mother about her sexuality.

Petrie was a trusted and well-respected nanny in her neighborhood and, like Hilton, spent hours per week around children. After she told her mother she was bisexual, however, her mom forbid her from being seen in public with her girlfriend, as to avoid losing the trust of her neighbors.

“She [thought] it [would] change the way people see me,” Petrie said.

Hilton and Petrie are examples of the way LGBT stereotypes have directly affected the professional and social lives of many non-heterosexual and transgender Americans. These two students are among the 50 percent or more who have tried to conceal their sexual orientation for the purpose of avoiding discrimination, according to catalyst.org.

Hilton recalled being verbally and sexually harassed at another job at a grocery store, where male managers and employees would talk about her in sexually explicit ways. This, according to Hilton, was potentially due to the stigma surrounding the assumptions about lesbian women, some of which are inaccurately sexual in nature.

Petrie states that male friends would often make sexual jokes about her regarding the stereotypes that are often pinned to bisexual women.

“I don’t take it too personally,” Petrie stated.

“I think, in general, stereotypes affect the LGBTQ community when someone’s sexuality or gender identity becomes the most important thing about them in the workplace or school, rather than the individual qualifications and talents that that person brings,” she said.

Stereotypes that link non-heterosexual people to pedophilia and uncontrolled, animalistic urges have visible impacts on the lives of these students and many others across the country. Up to 78 percent of gay teens are bullied in their schools and communities due to their sexual orientations, according to violenceprotectionworks.org.

The students said there is more to them than just their sexual orientation.

Hilton agreed with Petrie and said sexual orientation is just a small part of who a person is.