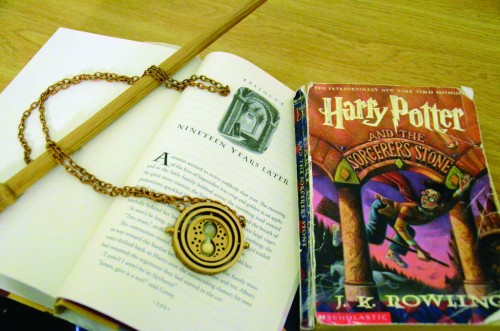 John Green, young adult author and one-half of the Vlogbrothers YouTube duo, once said “books belong to their readers.” His comment was in response to an article that took remarks “Harry Potter” author J.K. Rowling made about the relationship between Ron and Hermione out of context. What Green meant was: Calm down, Potterheads. The series is still there for you to enjoy, no matter what the author says after the book’s publication.

But Green’s words bring up greater questions about the relationship between the creators and consumers of stories. Who really owns the stories we tell? The writer or the reader? And what, if anything, does a writer owe to their audience?

At first, it seems simple. When an author writes a book, obviously he or she has the copyright for that story. Authors should be allowed to explore the world they created in any way their imagination takes them. Readers do not have the right to demand that the author writes the book in a certain way or expands the story beyond what the author wants.

Yet, books, TV shows, movies and plays capture our imaginations and take us on journeys. They can impact us so much that they become a part of us. This means that each reader has his or her own interpretation of the book. It may be completely different from what the author intended, but that perspective of the story belongs to the reader’s imagination.

Still, it is not the author’s job to release information that coincides with each individual reader’s interpretation of the book. Of course, the author should not change the book’s original canon. Nor should the author go against the spirit of the words he or she wrote on the page.

Most importantly, authors are obligated to finish the story they started in the medium it began. When writers publish something for a wider audience, they begin a contract with the reader that they will complete the story.

This is why George R.R. Martin gets so much flack for slowly writing the “A Song of Ice and Fire” series. The TV show “Game of Thrones” is starting to spoil the books, and it is getting more and more likely the show will finish before the final installment is published. The TV show is amazing, so fans are going to continue to watch it and love it.

But that doesn’t make it fair that someone who has been reading the “A Song of Ice and Fire” series since the 1990s will have to find out the fate of Jon Snow on television this spring, instead of in a book. Readers have a right to be upset by this. Even though they do not own the copyright for the book, it still has impacted them.

“Harry Potter and the Cursed Child,” the stage play Rowling is producing, is completely different. Promotional items bill the “Cursed Child” as the “eighth story,” focusing on Harry’s second son Albus Severus. Rowling did not write the play, nor has she announced if something will be done to make the story accessible to people who cannot travel to see the show, which will premiere in London this summer.

People would be pumped if Rowling wrote the play or if fans knew they could read the script (a form that is at least similar to a book). But right now “Cursed Child” feels like fan fiction Rowling is allowing to be canon. In this way, Rowling is stretching the contract she has with her readers.

Rowling was supposed to be done telling Harry’s story in seven books. She has the right to realize there is more to tell. But all fans should be able to hear this tale, preferably in the medium the story was originally told—a book.