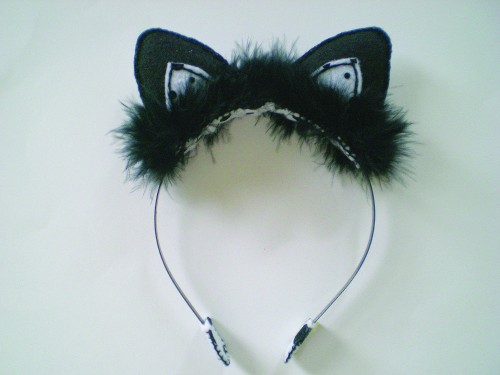 Halloween is approaching and this can only mean one thing: soon everyone will be posting pictures of their amazing cat costumes. I think I speak for the entire female population when I say that we’ve all been a form of a cat before, whether it’s an actual cat or a tiger, cheetah, lion or another variation.

Admittedly, it does make for a great last-minute costume–just throw on some ears, a tail and use black eyeliner to draw on your whiskers and you’ve got yourself a cute, recognizable outfit. However, I think more people need to realize that there are, in fact, other very easy costumes to pull off last minute that are way more original than a cat and will leave a lasting impression.

For example, you can wear denim and flannel and go as a cowgirl or write lifeguard on a red tank top and buy a cheap whistle. I’ve even seen people wear black pants and a black and white striped shirt with bags that had dollar signs on them and go as robbers. There’s also always the evergreen “Thing 1” and “Thing 2” costumes inspired by Dr. Seuss.

The bottom line is that there are tons of other simple and cheap Halloween costumes other than those that resemble a feline. I think it’s about time that we retire all those boring cat costumes and embrace the more unique, yet equally as easy costumes. Maybe we can finally add some diversity to our social media feeds during this Halloween season. –N. Gandhi