Rodriguez confident students will be safe on Halloween 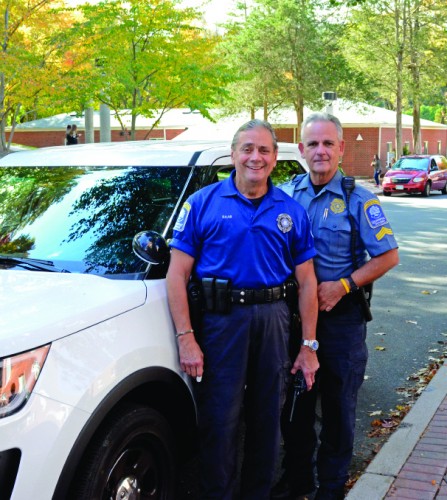 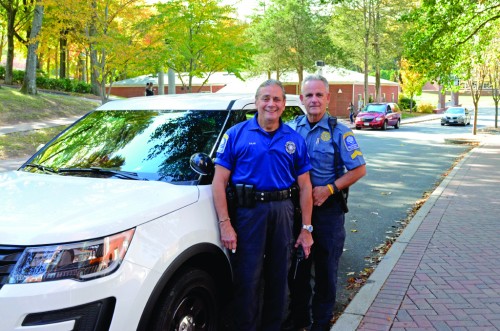 This is nothing new to the Quinnipiac community. Last year, Public Safety heightened security on campus in preparation for Halloween weekend, as well.

“We are going to be proactive and visible,” Rodriguez said. “We usually have enough personnel on campus and Monday through Saturday from 5 a.m. to 11 p.m., and then 11 p.m. to 4 a.m. we have Hamden Police Department on campus with us, so we are going to have more than enough people around.”

Rodriguez said students should be cautious during Halloween weekend.

Two years ago, a student walking back from an off-campus party fell into an uncovered well on Whitney Avenue. In an effort to ensure students off-campus are safe, Rodriguez suggested students choose brightly-colored costumes so they can be seen by drivers.

“Choose your Halloween costume wisely: Be sure to wear something you can move in. Masks and wigs can accidentally cover your eyes, impairing your vision,” he said.

Rodriguez reminded students to keep in mind the importance of being courteous to the Hamden residents and community during Halloween weekend.

“One of our biggest things here at the university is if students are going to a party off campus, or a house party, please think about the neighbors. We need to be good neighbors. I think it’s important that we realize that there are families living next to those house parties,” Rodriguez said.

Students also flock to New Haven during Halloween weekend, and Rodriguez said New Haven and Hamden police will be checking IDs more frequently. He also said bouncers at clubs can tell the difference between a real and a fake ID.

“New Haven Police and Hamden Police Department start checking [fakes IDs] more and more during this time of year because they know they are going to get more people down there,” he said. “They also need to patrol what is going in and what is coming out. A lot of the bouncers in these clubs have been trained on how to detect a fake ID.”

Freshman Amanda Gormley said she intends to venture into New Haven that weekend but has some concerns.

“I think I am going to Toads for Halloween,” Gormley said. “I am a little scared because of the gang initiation and people getting too rowdy.”

But Rodriguez said he has not received any information about gang initiation in New Haven.

“We will be working together with the New Haven and Yale Police Department to make sure that are students have a safe weekend in New Haven,” he said.

Rodriguez also suggested students use the buddy system during the weekend, especially if they go to New Haven.

“The biggest part I always preach is, you have to have the buddy system. Have somebody with you at all times, have a friend with you and know the people you are with. Always have your phone and have emergency numbers on that phone.”

Freshman Hailey Conger said she is excited about Halloween weekend but is worried about people getting out of control.

“I plan on staying safe this weekend by using the buddy system and staying in constant communication with my roommates and friends,” she said.

Freshman Alexa McCue said she plans to walk to around campus and possibly attend a party Friday night and Saturday night she plans to go to Toads.

“I am a little worried to go to Toads because I have heard it is gang initiation weekend. I am going anyway because there is nothing else to do, it is the college experience and the only fun thing to do that has a low price tag,” she said.