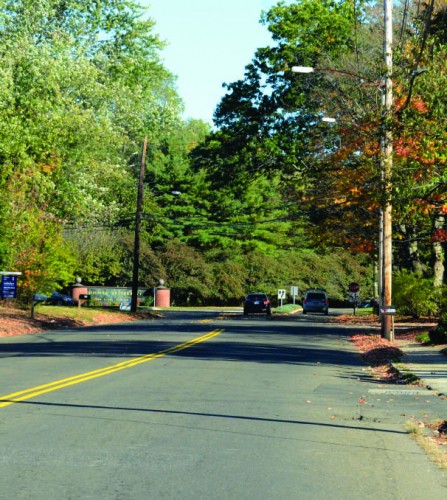 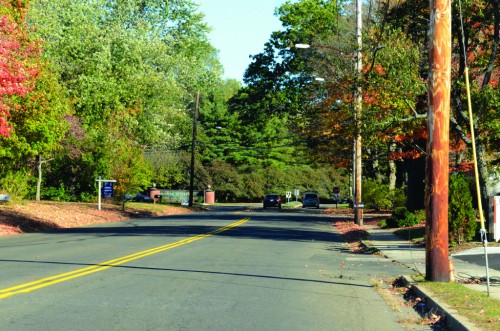 Officials in North Haven admitted to having some concerns about Quinnipiac expanding further into North Haven, mainly the issue of problems surrounding off-campus housing.

But this construction is not without worry, according to Freda.

“Our relationship with Quinnipiac – with Lahey – is such that the university certainly understands concerns that we may have about disruption in the neighborhoods and that is something that I get questions on from many of our residents,” Freda said.

But Freda said the university and the town of North Haven have built a relationship over the years that Freda believes will benefit the students of Quinnipiac and the residents of North Haven.

The main concern during this expansion is to minimize the amount of residential disruption, Freda said.

“Through the outstanding communication that we have with Quinnipiac University, we are trying to create what we call a town-and-gown model such that the university could grow, the town benefits from economic developments and jobs and positions of faculty and administrators, but also protects the residential areas … from any neighborhood disruptions,” Freda said.

Vice President for Public Affairs Lynn Bushnell does not expect the university or the town of North Haven to experience any issues in regards to off-campus housing.

“I don’t believe the kinds of neighborhood incidents that have occurred in Hamden will take place in North Haven,” Bushnell said. “The Hamden issues really are a result of the town’s permit procedures for rental properties, which only the town can fix.”

“The expansion into North Haven is a good opportunity for the university and I hope that the off-campus housing issues are thought out well in North Haven certainly so they don’t end up struggling with some of the same issues we have here in Hamden five to 10 years down the road,” Leng said.

Allie Otlowski, a sophomore whose father works in Hamden, said she thinks the North Haven expansion will be good for her as a health science major.

Otlowski said she thinks we should improve the relationship with Hamden before expanding into North Haven.

“It is kind of damaging to Hamden, but then again, our relationship isn’t very good. But instead of trying to, like, run away from it, we should try and build on it and fix it so we don’t have as much tension,” she said.

Freshman Cooper Filhaber said he thinks this expansion might wake up the officials in Hamden to want to improve their relationship with Quinnipiac.

“I think we are sort of giving a low-blow to Hamden…but, at the same time, they were low-blowing us to begin with. I mean, let’s face it: nearly every office in town has been buddy-buddy with us for a while except for the absolute higher-ups and that’s where our problems are stemming from,” Filhaber said.

But Freda also knows the positives that come with the university’s expansion into the town.

“Expansion on the [North Haven] campus there is good for the town,” Freda said. “It brings in the opportunity for me to use Quinnipiac University as an economic development catalyst for Northern Washington Avenue.”

The residents of North Haven are supportive, but still concerned about the university expanding into their town, according to Freda.

“The town has reacted positively [to the news of the expansion],” Freda said. “But also, throughout the positive reactions, there are questions I’m being asked and there are some concerns about what could happen in the future.”

The university added two shuttles that go into North Haven from Quinnipiac.

Freda said the shuttle routes in North Haven have not changed anything about the town.

“I have not seen a dynamic change [because of the shuttles],” Freda said. “But the businesses on Universal Drive are very happy.”

But even though university President John Lahey was quoted in the New Haven Register saying some administrative offices might be relocated to North Haven, Bushnell said this does not mean anything about which campus is referred to as the “main” campus.

“We view all three campuses as ‘equals’ and there is no so-called ‘main’ campus,” Bushnell said. “Each has a different flavor and purpose, but one is not more important than another.”