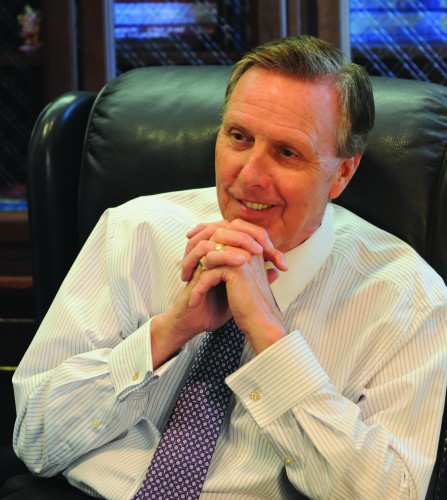 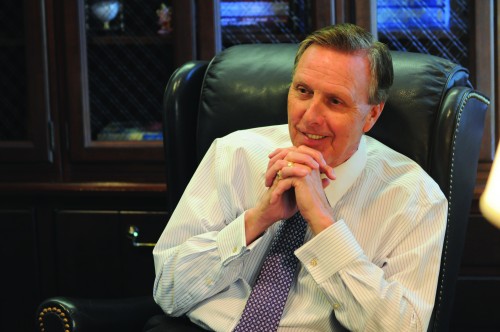 President John Lahey is under fire after a lawsuit was filed on Monday that stated he manipulated the New York City St. Patrick’s Day Parade and the St. Patrick’s Day Committee to continue a $175,000 television contract, according to court records.

Lahey is also paying for his lawyer using the university’s money, the suit alleges.

Dunleavy was ousted as chairman of the parade in July because he was against allowing LGBT members to march in the parade, according to an article by the New York Daily News.

Lahey worked to get the LGBT group [email protected] to march in the parade in 2015, and since becoming chairman added a second LGBT group, Lavender & Green Alliance, to the parade.

The court records indicate that part of the money Lahey was trying to raise was to be used to pay a contract with NBC to broadcast the parade, which required a payment of $175,000 to NBC.

Dunleavy then began to contact other television stations that would be cheaper than the NBC contract.

Channel 11 (WPIX) said it would broadcast the parade for free, according to the lawsuit. WPIX would also share some of the profits with the St. Patrick’s Day Parade Committee.

Francis Comerford, an executive at NBC, is also the Director of the St. Patrick’s Day Parade Inc. He talked to Lahey about keeping the broadcast on NBC, rather than exploring the option of broadcasting on WPIX, according to the lawsuit.

“It is believed that the actions of Mr. Lahey were done more to benefit NBC, Mr. Comerford, Mr. Lahey and Quinnipiac University rather than to benefit the parade and its supporters,” the lawsuit said.

Court records show Lahey held a meeting in June 2015 while Dunleavy was away to discuss removing him as Chairman of the Board of Directors for the parade. He also proposed having three hand-picked directors for the St. Patrick’s Day Parade Inc., including an unnamed member from Quinnipiac University. Instead of using the committee’s secretary director to take minutes at the meeting, Lahey had a Quinnipiac employee do it, which is against the group’s bylaws, according to the lawsuit.

When Dunleavy tried to talk Lahey about this, Lahey hired a lawyer with Quinnipiac’s money, according to the lawsuit.

“Some have referred to Mr. Lahey’s methods as secretive, misleading and deceitful,” the lawsuit said.

The lawsuit also stated Lahey’s actions are being referred to as the “Quinnipiac Coup.”

“The foregoing exposes that the actions of John Lahey were a flagrant power grab from someone who had worked for decades to proudly present the St. Patrick’s Day Parade,” the lawsuit states.

However, Patrick Smith, the media liaison for the St. Patrick’s Day Parade Committee, said the entire board made these decisions with a two-to-one margin. Lahey did not take these actions alone, Smith said.

“We can’t dignify these baseless charges with a response,” Smith said.

The university would not comment to The Chronicle for this story.