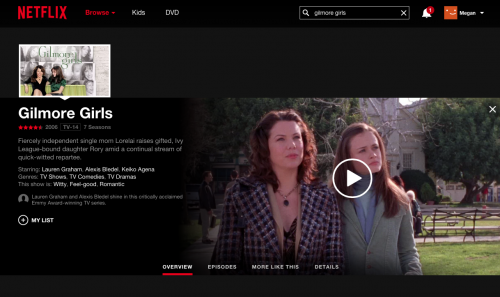 It has been 15 years since the fabulous Lorelai and Rory Gilmore first graced our televisions in the WB’s hit show “Gilmore Girls.” The series experienced a resurgence after its release on Netflix last year. The charm of this fast-paced comedic drama is what has kept its characters alive in 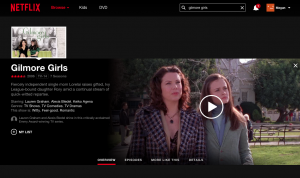 “Gilmore Girls” follows a mother and her teenage daughter, living life in a small town in Connecticut. Fans were by their sides through dating, family struggles, college life and best friends–both young and old. The quick-witted script makes it all the more entertaining, and its amazing theme song can be applied to any great friendship.

A social media frenzy marked the show’s 15th anniversary on October 5. Pictures, articles, lists and quizzes buzzed about the Internet. Quotes such as “Oy, with the poodles already” and “I need coffee in an IV” could be read everywhere. Lauren Graham, Lorelai Gilmore herself, tweeted a picture of old advertisement postcards, reminscing on the day.

Though it may be outdated in some ways, “Gilmore Girls” is still one of the greatest shows out there. If you haven’t starting watching, you should do so soon. As of now, the show is not going anywhere because where it leads, fans will follow… –K. Miller