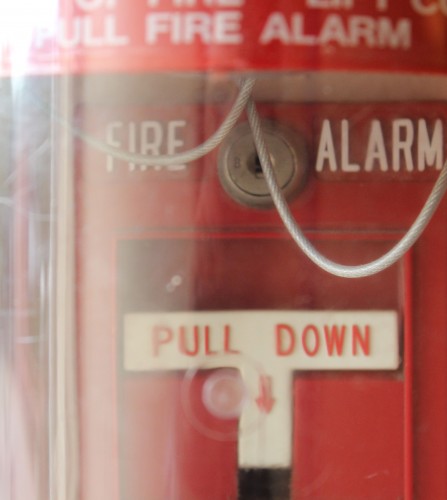 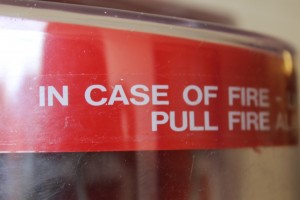 Quinnipiac had 54 fire alarms during the month of September, according to Fire Marshall/Training Officer for Public Safety Richard Hally. Half of those alarms were from residential buildings and the other half were from other university buildings.

All 54 fire alarms were false alarms, according to Hally. However, they were all still treated as real threats.

When a fire alarm is triggered, the alarm sounds and the dispatch center is notified.

While Public Safety assesses the situation, students should evacuate. In regards to residence halls, each building has a “muster point,” or an area where all evacuees should convene, according to Hally, who worked side-by-side with Residential Life to create these areas.

Then two Public Safety officers respond to the alarm.

“One will check…where the alarm is coming in,” Hally said. “The other will go to the fire alarm panel…We check it out first. But [if there are] any signs of smoke, fire or reports of smoke or fire, [the] fire department will be immediately dispatched.”

A fire alarm interrupted freshman Kelli Liebermann’s class in the Center for Communications and Engineering.

“I was in the basement of the old law school when the fire alarm went off,” Liebermann said. “We were all pretty confused until we realized what the noise was.”

“All the students were piled outside, standing under the building overhangs…and not one Public Safety officer came over to where we were or said anything to us… None of us knew why the alarm went off,” Costa said.

“The Hills have that bigger problem up there,” Hally said. “[And with] the way the Townhouses are built, when the kids come out of the shower, the steam just penetrates out of the room down and hits the smoke detector.”

Those evacuating the building should follow the exit signs, refrain from touching or moving anything suspicious and evacuate to a location far away from the building as to allow Public Safety and other personnel to assess the situation, according to the 2015 Annual Security and Fire Safety Report.

Hally stressed that the fire alarms that have been going off around campus are not drills.

“There hasn’t been any fire drills yet. Although, I will be conducting them very shortly for the whole university,” Hally said.