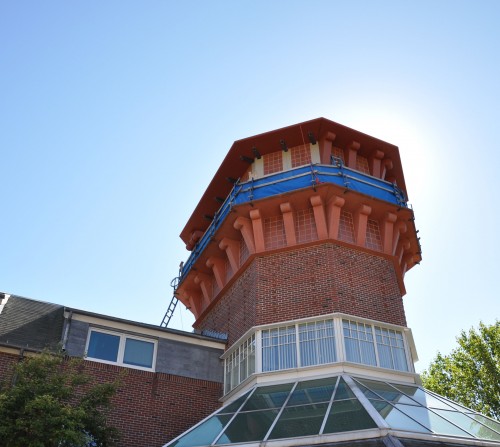 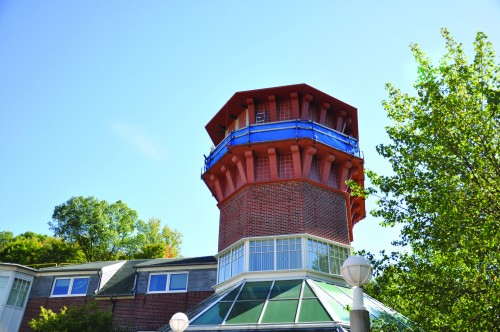 Verizon customers at Quinnipiac should be looking forward to having better reception.

In a joint project between the Facilities, Residential Life and Information Technology (IT) departments, a Verizon macrocell, with housing—or a shell—to hide it from view, is being built on one of the towers of Upper Ledges.

A macrocell is the main structure for a mobile network that can be built on top of existing structures, according to the Ofcom website. A microcell already exists on campus for AT&T users, Trella said last semester.

Matthew Manz, a freshman who lives in Mountainview, said he’s happy with the construction of the macrocell if it gets him better service in his dorm.

“I usually have to go outside at Mountainview to make a call, so [having the macrocell will] make it a lot easier,” he said.

Construction, which began in March and will be finished this month, is going smoothly, according to the Director of IT Project Management Jim Trella.

Freshman Emily Sanchez, who lives in Upper Ledges, first noticed the construction within the past week. She claimed that due to how early the work began, she had to sleep after her 8 a.m. class in order to catch up on sleep because she was losing sleep from the noise of the construction.

“[The construction] is annoying because [your dorm] is the only place where you can come and sleep, and I can’t even sleep during the day,” Sanchez said.

Freshman Jeffrey Cimmino, who lives in Mountainview, also first noticed the construction around the same time.

Despite the construction going on throughout the week, Cimmino said he has not gotten used to it. Cimmino wishes the louder construction would take place later in the day, as he noticed that it quiets down around 9 a.m. but is louder earlier in the morning.

Freshman Julia Gaudette feels that, as a Verizon customer, having the microcell is worth it despite the noise.

“When I try and call my parents, they can’t hear what I am saying and what-not ‘cause the service is bad,” Gaudette said.

Trella said the construction schedule was planned out so more of the noisy work was done during the summer. However, if students have issues, he said they can contact Residential Life about it. Trella says that Residential Life can verify whether or not the source of noise in a complaint was from construction.

There are some students who haven’t had many issues with the construction, like freshman Ashley Dawe who lives in Upper Ledges.

“I don’t even hear it, honestly, unless I’m, like, walking to class or getting on the elevator,” Dawe said.

Trella feels that the project is a “win-win” not only for student convenience, but also for safety reasons.

“Whenever you don’t have good signal… you want to have that. It’s always better to be in communication than not.” he said.

Freshman Aren Mayisoglu met a worker who wanted to apologize for the noise. he said he thinks students should tolerate the construction.

“People just need to wake up and realize that there’s gonna be disturbances and you just gotta deal with it,” he said.