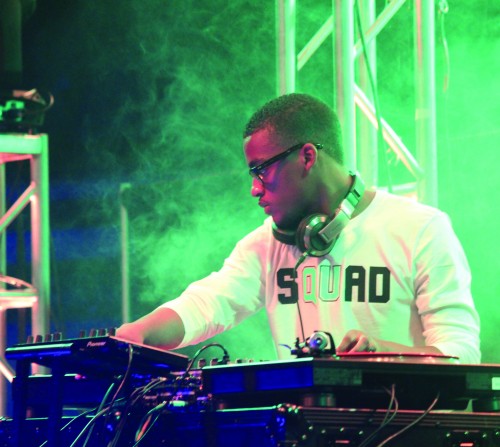 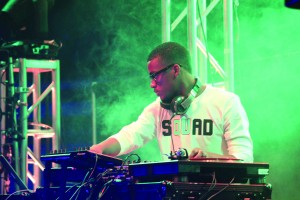 About 1,200 students spent the night of Oct. 1 sheltered from the rain at the second annual Electric Ability Carnival at the Toyota Oakdale Theater in Wallingford.

The fraternity Pi Kappa Phi sponsored the event, which was exclusive to Quinnipiac students unless they registered a guest to attend. This event was made not just for entertainment, according to Pi Kappa Phi President Mark Boulas.

“We wanted to raise as much money and awareness as we possibly could for our philanthropy, the Ability Experience,” Boulas said. “We heard of organizations at other schools holding similar concerts for charity; we thought it was something we could pull off as a chapter.”

Alex Tonkonogy, philanthropy chairman and the person in charge of this year’s carnival, said the Ability Experience fundraises for people with physical and mental disabilities. This year’s event raised $22,000, according to Tonkonogy.

The Ability Experience is a non-profit organization founded in 1977, according to their website. It is the national philanthropy of Pi Kappa Phi Fraternity chapters. 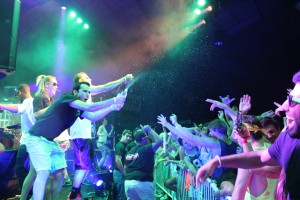 Freshman Samantha Lomino said she attended the event to support the philanthropy and have fun.

“I decided to go to EAC with my friends to contribute to a good cause,” Lomino said. “I actually had a great time… [I had] a lot more fun than I thought I would have have. I would definitely go again next year.”

The carnival introduced students to up-and-coming DJ Kap Slap and a light show.

Freshman Megan Martucci, said she went with friends because she thought it was a unique outing.

“I decided to go to EAC because a bunch of my friends and I thought that it would be fun to go out and do something different,” Martucci said. “I thought the whole thing was put together very well and I had a great time. If they were to have it again next year, I would most likely go again with my friends.”

But some students were upset that Pi Kappa Phi decided to have the event on a Thursday night rather than a Friday, according to freshman Shaylah Zorn who did not attend the event. She said she didn’t know many people were going. 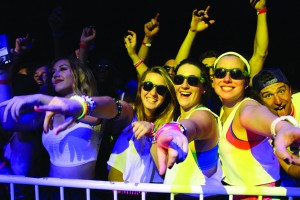 “I heard from upperclassmen that you should not go if you don’t have any friends going, otherwise it’s not going to be fun,” Zorn said.

Freshman Rachel Beaulieu also didn’t attend the event, but she said it was because of the $20 cost of the ticket, which included transportation to and from the venue via Quinnipiac shuttles.

Pi Kappa Phi hopes for an even bigger turnout next year, Boulas said.

“The Dome itself is very large and can actually accommodate around 1,900 people, so our goal for the future is to fill the Dome,”  Boulas said.