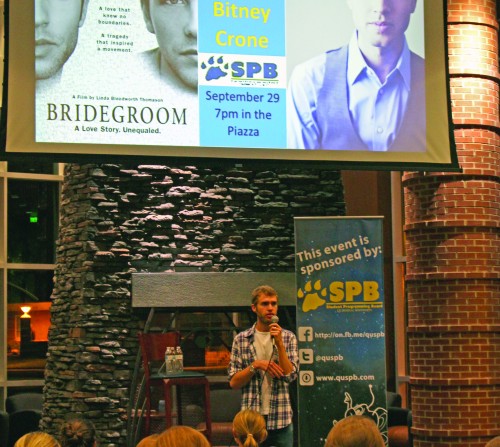 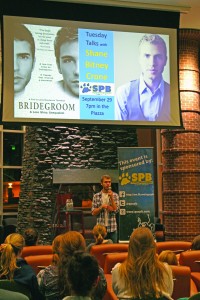 The Student Programming Board (SPB) will host a new speaker each month as part of its new “Tuesday Talks” series.

“[The speakers will] share stories, educate the students and empower their audience to make a change,” SPB Talks and Topics chair Abbie O’Neill said.

O’Neill started “Tuesday Talks” because she wanted to bring something unique to campus.

“In the past, the ‘Talks and Topics’ chair has had a theme relating all of their events,” she said. “I wanted to do something different than what all the other chairs have done.”

Why Tuesdays? Based on surveys, a majority of students were free Tuesday nights.

The future speakers are still a work in progress and cannot yet be revealed, but O’Neill hopes to keep the themes consistent from month to month.

“All of my events are going to have a message that relates to the student body at large,” she said. “I want to be able to have an audience of a wide range of students that are able to connect with the speaker.”

The program kicked off last week when an LGBT rights activist Shane Bitney Crone shared his story and documentary in the crowded piazza.

His documentary, “Bridegroom,” sheds light on the life that Crone and his partner, Tom, shared before Tom took a fatal fall off a roof as he was taking photos of their friend, Alex.

In Crone’s film, Tom’s mother and father had a difficult time accepting that their son was gay and living with another man. When Tom passed away, Crone was disconnected from their lives and was not invited to the funeral. Because Crone and Tom were not married, the house and everything they had owned together was in question. 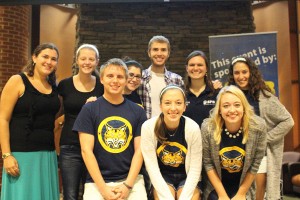 Freshman Holly Zabkar attended the event Tuesday night and raved about it.

“My friend dragged me to this presentation, I had no idea what it was about and I ended up really enjoying it,” she said. “I thought it was eye opening and it brought up issues that I have never really thought about before.”

O’Neill hopes to get more speakers that the student body will find relatable and enjoyable.

“I am working on a couple projects right now to get speakers here who have messages that are just as powerful as Shane’s,” she said.

“There are a variety of really inspirational speakers coming and they address a wide range of important issues that are relevant to members of the Quinnipiac community,” she said. “We are really excited to welcome these ‘Tuesday Talks’ to our programming and we have high hopes.”

About 40 students swiped in at the first Tuesday Talk of the semester. SPB provided water, chips and cookies while showing the film. Afterward, Crone answered questions from the audience and stayed after to talk to individual students.

Crone was an amazing first speaker for O’Neill’s “Tuesday Talks” and exceeded her expectations, she said.

“[Crone] was incredible,” she said. “He talked with people before and after and we got to know him on a more general level. I had seen his video prior and I wanted to try it with the student body and see how they took it.” 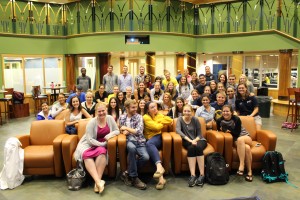 O’Neill received an overwhelming amount of positive feedback after the presentation.

“Tuesday Talks” will be held once a month at 7 p.m. in the piazza, depending on the calendar and other events happening on campus. O’Neill made it clear that she was open to any ideas and topics.

“If students have topics that they are passionate about and want to bring in, they are more than welcome to reach out to us and we can see what we can do,” she said.