In defense of the Argus 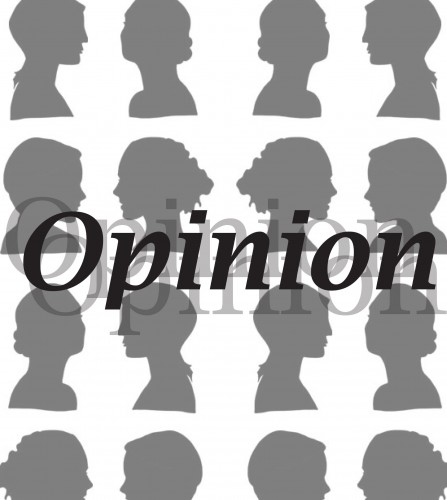 Earlier this month, a member of The Wesleyan Argus, the student-run newspaper at the Connecticut university, wrote an opinion piece critiquing the Black Lives Matter movement. While the writer showed both sides of the issue, many of his points made me cringe. His implication that the Black Lives Matter movement creates an environment for shootings, like the one where two journalists were killed on camera in August, was problematic.

However, the response to this opinion was just as problematic. More than 160 students, alumni, staff and community members signed a petition to defund the school paper. The group presented the petition at a meeting for the student government, which provides the paper’s budget.

“The undersigned agree to boycott the Argus, recognizing that the paper has historically failed to be an inclusive representation of the voices of the student body,” the petition reads, according to The Wesleyan Argus. “Most specifically, it neglects to provide a safe space for the voices of students of color and we are doubtful that it will in the future.”

The signers of the petition swore to throw away copies of the paper unless it followed a series of demands, including allowing space on the front page for marginalized groups, according to The Argus.

This may sound nice on the surface. Some may say it allows traditionally unheard groups to have a voice. Yet, this would take away The Argus’ right to publish what it wants, thus giving the student government the power to control the content in the newspaper. This would effectually censor the paper because editors may be afraid to run controversial pieces like “Why Black Lives Matter Isn’t What You Think.”

It is essential for newspapers to run articles like this. Only through presenting and discussing opposing viewpoints can changes be made in society. Besides, the ideas the writer presented were not that extreme. I have heard and seen people express similar stances in real life or on social media. This makes it especially important for a piece like this to run because it allows people on both sides to reevaluate their views.

Furthermore, one opinion piece questioning Black Lives Matter does not mean the student newspaper poorly represents minority voices. Nor does it mean the editors of the paper all dislike the movement. The Argus editors-in-chief affirmed their support for the Black Lives Matter movement in a staff editorial. They explained that, just like at The Quinnipiac Chronicle, the opinion section is open to the entire student body. The Argus does not change or censor the opinions of their staff or those who submit pieces to them.

And if the editors-in-chief of The Argus are anything like me, they want their paper to be inclusive. I am always working to ensure our paper is not sexist or racist and thinking about how to make it less heteronormative and cisnormative. I want students to call us out when we make these mistakes, but please write a letter to the editor or send me an email. Don’t try to censor the paper.

The student petition is correct that the media should be inclusive and represent the voices of marginalized people. However, it is up to the leaders of these media organizations to do this, not the (federal or student) government. That is what the First Amendment tells us. It is true for The New York Times, it is true for The Quinnipiac Chronicle and it is true for The Wesleyan Argus.