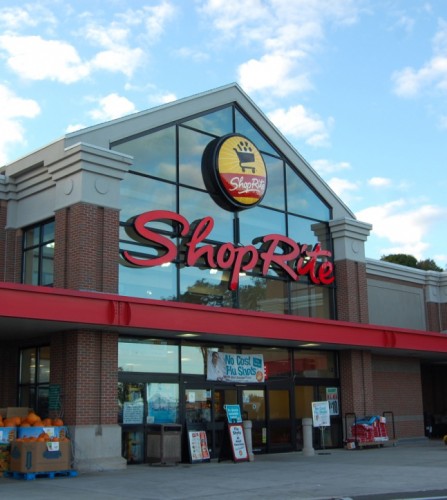 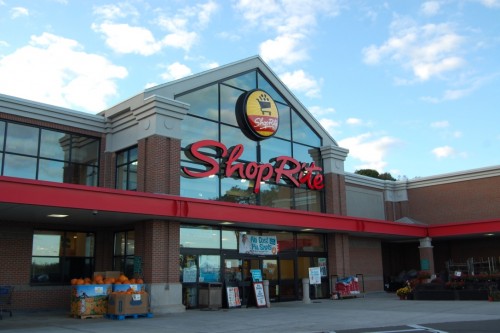 Small businesses in Hamden said they’ve seen a decrease in customers ever since a North Haven shuttle replaced the former Hamden shuttle earlier in September.

Prior to the fall 2015 semester, the Hamden shuttle made stops in front of stores on Dixwell Avenue such as Walmart, Marshall’s, ShopRite and Stop & Shop.

However, this route has been replaced by the North Haven Shopping and Entertainment shuttle. This shuttle makes stops in front of Walgreens, Stop & Shop, Best Buy, Buffalo Wild Wings, Panera Bread, Target, Subway and Barnes & Noble.

Out of all the Hamden businesses interviewed, those most affected by this change are Panera Bread and Dava Boutique, both located on Dixwell Avenue.

Panera Bread has a store in North Haven, according to Amber, one of the managers for the Panera Bread in Hamden who chose not to disclose her last name. She said she believes the North Haven store will pick up the business the Hamden store has lost.

“We’ve definitely noticed a change in business, especially in the evening,” she said.

Amber also said Panera Bread employees could easily tell when school was back in session because Quinnipiac students would pile into the store.

“You could always tell when the school year was starting because we’d get a lot more people coming in,” she said. “In the past, we could definitely tell when a shuttle was coming up; students would come in in big groups.”

The Dava Boutique is also concerned there could be a dip in business now that the shuttles have been rerouted to North Haven instead of Hamden, according to Amanda, a manager at Dava Boutique that chose not to disclose her last name.

“We have a wide demographic of customers, so it’s hard to tell exactly how many are QU students, but I’m sure we’ll notice a decline in business if the shuttles aren’t coming here anymore,” she said.

Amanda said the business always expected rushes of students at the start of the school year. For example, she said she noticed a lot of Quinnipiac students and parents shopping at the store in late August.

“We could always tell when school started because a ton of students always started coming in,” she said.

Hamden Mayor Curt Leng said this change in the shuttle route is a “petty gesture,” according to the New Haven Register.

“Quinnipiac may be investing in North Haven, but they are inconveniencing their students today, all of whom are housed in Hamden,” Leng said to the New Haven Register. “We know from QU students that they prefer to support Hamden businesses and are a welcome and important part of our economy.”

Leng also said the new route is a waste of gas and an effort to inconvenience Hamden.

“[The university is] attempting to hurt the Hamden business community,” Leng said to the New Haven Register. “They are about as far from being a good neighbor as they could be, and frankly, it’s shameful.”

Freshman Erika Danella said the mayor’s statement isn’t necessarily accurate because there are still Quinnipiac students going to the businesses in Hamden.

“They [Hamden businesses] still have all the sophomores, juniors, seniors who have cars,” Danella said. “If they find it more convenient then they’re going to go to Hamden businesses, so I don’t think it’s that bad.”

But junior Riya Patel said the shuttle change makes sense due to all the students who have classes on the North Haven campus. Students who still need to go to Hamden can find a way there without a shuttle, Patel said.

“I think it’s actually a better idea [to have shuttles to North Haven] because there [are] a lot of students that actually have to go to North Haven… that’s more important versus just going to Hamden for food and stuff,” Patel said.

Patel said the mayor did not take into consideration that the additional North Haven campus stop, which was implemented on Sept. 21, could have been a huge factor in the shuttle change.

“I think the rivalry between Hamden and QU should be put aside,” Patel said. “We have another campus in North Haven, so we’re supporting them too.”

Danella agreed with Patel’s statement, but said that she doesn’t think Quinnipiac made the change in an attempt to hurt Hamden businesses.

“[Mayor Leng] has a point, but I don’t think that was QU’s intention,” Danella said.

In addition, not all businesses in the Hamden shopping plazas feel affected by the change.

Dupree Spears, a ShopRite employee, said the shuttle change has not affected the business at ShopRite because he has still seen Quinnipiac students shopping there.

“This is the first I’ve heard about this [the shuttle change],” Spears said. “I mean, it was slow all summer, but once school started up again, we started seeing the QCards again so kids are still coming here.”

One of these students is junior Lauren Baghdo, who still goes to ShopRite in order to pick up groceries. Baghdo took the Hamden shuttle when she was a freshman and thought it was “convenient.”

However, she thinks the shuttle change may have been caused due to safety concerns.

On Aug. 11, a Hamden Walmart employee was stabbed in the parking lot after an argument with a co-worker, according to the Hartford Courant.

“I remember a lot of people talking about it and I was concerned about it,” Baghdo said. “It makes sense that Quinnipiac doesn’t want their students being shuttled there just for precautionary reasons.”

But Baghdo expects the shuttle change to be bad for stores in Hamden.

“I think it’s bad for local businesses because I feel like most of the Quinnipiac students give them a lot of business,” Baghdo said.