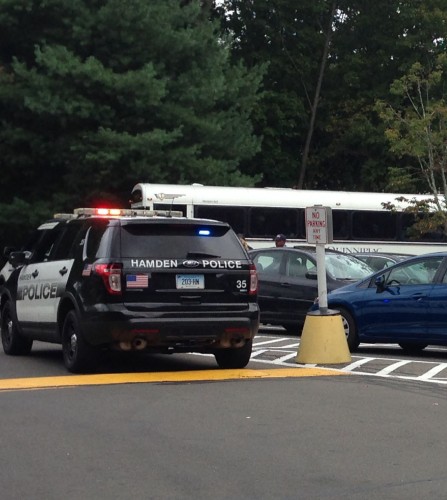 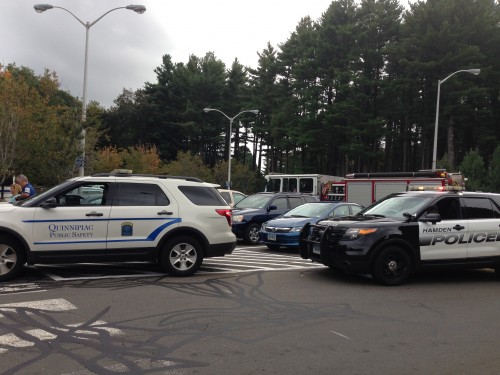 A student was hit by a car mid-afternoon on Tuesday while she was walking on the crosswalk near South Lot.

Senior Lauren Beardsley was heading to a meeting when a young male driver hit her, knocking her to the ground. She sustained non-life threatening injuries including a scrape on her ankle and a bruised arm.

She signed a “refusal for transport” form and said she was lucky to not be seriously injured.

“I’m lucky that the only thing that hurts is my arm,” she said.

Shuttle driver Darnita Torres witnessed Beardsley get hit by the car and saw the young man drive by near where the shuttles pick students up.

“I didn’t see her until he actually hit her and knocked her to the ground,” Torres said. “He hit her hard enough to sweep her completely off her feet and as she went into the air; the fender pushed her.”

Beardsley said she was in shock and didn’t ask all the questions she should have when the driver asked her if she was okay.

Torres saw the driver leave to pick up a student near the residence halls after talking to Beardsley.

“I wrote down his plate number on a napkin. He picked somebody up from the residence halls and drove right through like nothing happened,” she said. “Public Safety was walking up and stopped him just as he was coming to the security gate.”

As a nursing student, Beardsley said her backpack was full of nursing books that cushioned her fall to the pavement. 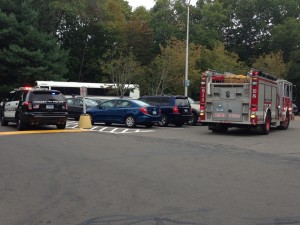 Torres said she and Beardsley were able to laugh about this after the seriousness of the accident subsided.

“Who would’ve thought a bookbag full of books would save you from being run over by a car?” Torres said.

Beardsley said she is scared to use that crosswalk again and hopes students and members of the Quinnipiac community use caution when driving through busy areas on campus.

“I think everyone has to remember that maybe us pedestrians walk slowly, but we do have the right of way,” Beardsley said.