Infamous day from a new perspective 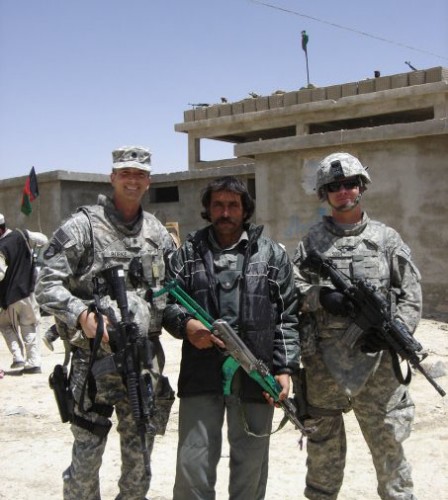 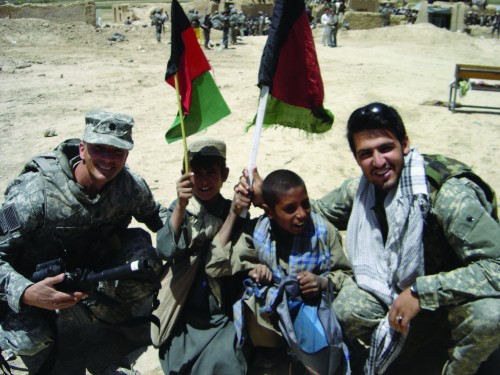 It was late on Sept. 12, 2001, just a day after two passenger airplanes flew into the North and South Towers of the World Trade Center in Manhattan, when Lieutenant Commander Jason Burke, now the director of veterans affairs at Quinnipiac, received a message. He had to fly to Smith Equipment Manufacturing in Watertown, South Dakota, to pick up equipment that would help find survivors in the mounds of debris at Ground Zero.

“Fortunately, the Smith Cutting facility was right by the runway,” Burke said. “The employees had stayed up over 24 hours to make these torches that were extra long so they could get through rubble and get through rebar because at the time, we thought there were a lot of survivors in the wreckage of the towers that came down.”

The Federal Aviation Administration (FAA) had grounded everything, and the only air traffic that Burke heard were some F-16 Fighting Falcon jets over Minneapolis looking for fuel from a tanker.

“We landed in Newark, [New Jersey] and as soon as we landed there were trucks waiting,” Burke said, “so they had these conveyer belts—loaders—that took them right off the plane into the back of a truck.”

Burke said that even a day and a half after the attacks, he could still see Manhattan smoldering from Newark which is about 15 miles from where the World Trade Center towers stood a day prior.

“They didn’t find any other survivors after that,” Burke said. “Everybody was just pulverized from the weight and heat and debris and all that. They’d find small body parts; it’s kind of gruesome, but people were just gone.”

On Sept. 11, 2001, Burke was working at Willow Grove Naval Air Base—which was transferred to the Pennsylvania Air National Guard in 2011 and renamed Horsham Air Guard Station—outside of Philadelphia, Pennsylvania. When the attacks ensued at the World Trade Center in New York City and at the Pentagon in Maryland, the base increased its security measures almost immediately.

“It went from relatively easy, to locking down the bases…one entrance in and out with checkpoints both ways,” Burke said. “Kind of overkill, but it was that way for years, and still is that way.”

The attacks didn’t just impact security on base. Burke worked with a squadron with several reservists, and some of them were airline pilots, one of which flew for United Airlines and had an international route heading back from Europe. But when news of the attacks got out, he was diverted into a small town in Canada where they had to stay for almost a week until people could fly back into the United States, according to Burke.

“I knew another guy who flew for Southwest and he was going into Baltimore and he heard one of the pilots on the radio being attacked…being slashed by one of the terrorists,” he said. “So he heard screaming on the radio and the controllers told him to land at the nearest suitable field. So they were already coming out of altitude into Baltimore, so they just sped it up and landed back where they were supposed to be.”

Burke also knew someone who was killed when American Airline Flight 77, flying from Dulles Airport in Virginia, was hijacked and flown into the West Wall of the Pentagon.

“I had a guy who I went to the Naval Academy with that was killed because [the plane] hit the one side [of the Pentagon] where there was a heavy concentration of military,” Burke said.

Twenty-one years before Sept. 11, 2001, Jason Burke was just a 14-year-old Boy Scout, but he knew he wanted to fly. It all started when he was on a Scout bus trip from Pennsylvania to Philmont Scout Ranch in Cimarron, New Mexico, where he would camp out with other scouts.

“You’re there for a week, living in tents, you backpack for a week out in New Mexico. I did that and each night we spent the night in some high school gym,” Burke said. “But we visited spots on the way like the Indianapolis 500, we did Pikes Peak, and we went to the Air Force Academy.”

It was the trip to the Air Force Academy that changed Burke’s life forever. He saw the jets on display, grabbed a catalogue, and knew this is what he was interested in doing.

“I applied to the Air Force Academy, but my dad said that the Navy had planes too, and I was like, ‘Really?’ I didn’t know…so I applied to the Naval Academy as well since I wanted to fly,” Burke said.

“It was like a five-year college program, but this was all before Top Gun came out in the mid-80s, so I was lucky because then it was a rush and everyone wanted to do it,” Burke joked.

After 26 years, Burke retired from the Navy in early 2013 as a captain. And following a short stint as a consultant at an oil and gas company, Burke became Quinnipiac’s first director of veteran affairs, and is now in his third academic year in this position. With that, he is one of the most respected individuals in the community, according to those who have worked with him.

Quinnipiac sophomore Michael Cosgrove, a former sergeant who was an infantryman stationed with the Army’s Old Guard at Fort Meyer, Virginia, said Burke was an incredible resource during his application process, and continues to be today.

“Jason [Burke] is exceedingly knowledgeable and competent. The man is universally respected and admired within the veteran community at QU,” Cosgrove said.

Sgt. Christopher Bolduc, a junior at Quinnipiac and a former marine, said that Burke truly went above and beyond.

“When I got out of the Marine Corps, he went beyond extraordinary measures to make sure I was fully set with everything I needed,” Bolduc said. “From setting up my yellow ribbon program, to getting me into classes that might have been full, Jason is the reason that veterans have and will be successful in the community.”

While the student veterans on campus are grateful for Burke, he feels very lucky to help them.

“Being an advocate for somebody who is your mission, no matter what it is, and in this case it’s students getting a degree and bettering their life no matter if they’re 20 years old or 50 years old,” Burke said. “That’s why I’m here—to support that mission—to take any burden off their shoulders, and really giving somebody some steerage and helping them to get to their goal.”