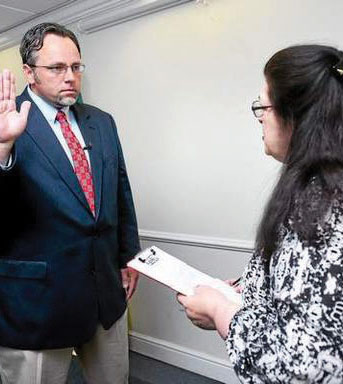 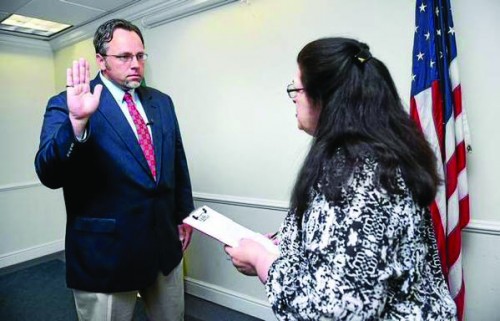 As Hamden’s new town mayor, Curt Leng prides himself on being a lifelong resident. From someone who has spent so much time in the area, Leng has watched how Quinnipiac’s expansion has impacted the town.

“The town’s relationship with Quinnipiac certainly is strained,” Leng said. “But I don’t think that it’s in irreparable harm.”

Leng said the off-campus housing and the parties cause a majority of the problems between Hamden and Quinnipiac.

The off-campus houses are located in the quiet residential areas of Hamden, leading families to feel overwhelmed when there are loud, large parties in their neighborhood, according to Leng.

But Leng does not believe all Quinnipiac students can be linked with this bad behavior that some Hamden residents have experienced.

“Quinnipiac students – for the majority – are good kids, good students, a benefit to the town,” Leng said.

But the main problem is the students who don’t have the compassion to treat their neighbors properly, according to Leng. The students who live off campus and don’t respect that they’re living in a residential area cause problems for all the other students at the university as well.

Though Leng said public forums have their benefits and allow residents to voice their opinion, he does not think they are necessarily essential to improve the relationship.

Instead, Leng plans to put together a Quinnipiac University relations task force. The task force will be made up of people who have experience working with town-gown relations and have an interest in working to improve it.

“They could meet every so often and come up with a clear set of reasonable expectations that are expected of the university and the town and both together,” Leng said.

The university did not have a comment on the formation of a task force.

Once this task force develops a set of expectations, they will be presented to the university and Leng said they will see what they can get accomplished and move forward from there.

“SGA is fully on-board to help out with Mayor Leng’s task force,” Mullaney said. “SGA has done our best to improve the relationship … between Hamden residents and [Quinnipiac] students.”

Senior Katherine Chirillo thinks the task force needs to be very meticulous in their planning if they hope to work things out between Quinnipiac and Hamden.

“I think it’s a good idea but, at the same time, if you create a group like this, how effective will it be? You have to have not only the people interested in doing this but a good plan and you have to be very intentional with something like that,” Chirillo said.

In June 2015, the state legislature proposed a bill that would tax all of Quinnipiac residential homes that students live in, according to Leng.

The university owns more than 100 houses but not all of those are rented to students, Leng said. As long as the houses are used for educational purposes, they are exempt from taxes.

“If you have students in them and you’re calling it a dormitory, those properties are now taxable,” Leng said.

According to Leng, the taxing on those properties will begin in the next fiscal year. But he doesn’t think those tax payments are going to smooth things over between Quinnipiac and Hamden.

“I don’t think taxing the houses that Quinnipiac owns is going to make the residents that live next to a house that’s having large and loud and late parties every weekend feel any better,” Leng said.

“I know our police have been very engaged with the university on a one-on-one basis,” Leng said.

He hopes the university and the students can find socially acceptable times to have gatherings and can begin to behave more reasonably.

“If the university is willing to help us address some of the off-campus housing issues then I think that the town and the university could repair its relationship in a quick manner,” Leng said.

Other than working to improve Quinnipiac-Hamden relations, Leng hopes to strengthen the town’s financial status, stabilize taxes, work closely with the Hamden Police Department to develop bike patrols and beats–which haven’t been done in 40 years–and expand on the community events that occur in the parks and the programs that are offered to those in the area.