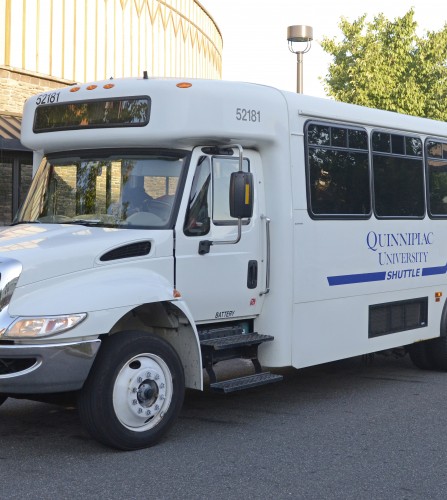 The return to Quinnipiac for the fall semester did not come without changes–one of those changes being the university’s shuttle routes. 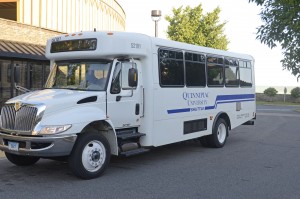 Shuttles will now run to the shopping areas in North Haven, instead of Hamden.

This was done to more accurately reflect the desires of the students, according to Vice President for Public Affairs Lynn Bushnell.

“As part of the upgrade, service was extended to North Haven, where we believe there is a wider variety of retail, restaurant and entertainment options for our students,” Bushnell said.

But the new North Haven shuttles will not be taking students to the North Haven campus–frequented by many health science students.

Christa Jacobs, a junior occupational therapy major, does not understand why the shuttles will run to North Haven but not stop at the North Haven campus.

“I just think it’s ridiculous that we don’t have shuttles to all three campuses,” she said. “We are expected to have our own car … to classes [at North Haven] and not everyone has their own car. It is unfair that transportation to class should be seen as a challenge and out of the control of students here.” 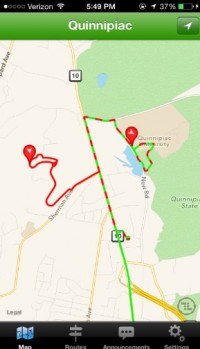 The North Haven shuttle will stop at places like Target, Buffalo Wild Wings, Best Buy, Walgreens and a few other places. The full schedule for the shuttle can be found on MyQ.

However, this means shuttles to Hamden are discontinued, according to Bushnell. As of now, Bushnell said these changes will stay in effect at least for the remainder of the 2015 to 2016 academic year.
Stephanie Gauthier, a senior nursing major who is frequently in North Haven for her classes, said she doesn’t think the switch from Hamden to North Haven was necessary.

“I don’t think it’s too great that Quinnipiac decided to switch the shuttles to go only to North Haven,” Gauthier said. “As a freshman I used the Hamden shuttle weekly and it was really convenient. Now it’ll just take longer for the shuttles to transport people to and from North Haven.”

In addition to these changes, Residential Life has implemented a program called QUick Trips which will go in effect this semester as well.

The first QUick Trips shuttle will run during the Labor Day weekend and will take students to Westfield Mall in Milford.

Bushnell said this trip to the mall will only occur the one time and that she is not aware of any other plans in the works for more QUick Trips for the time being.