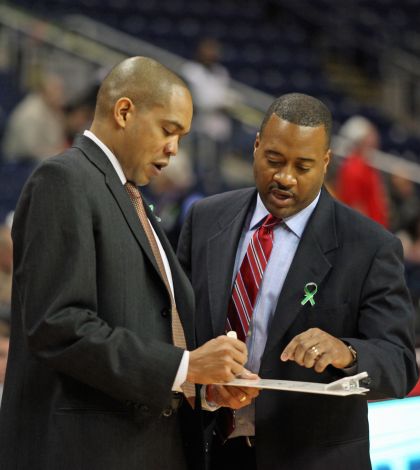 Newsom, who was dismissed from Fairfield’s coaching staff on March 17, will likely be introduced by Quinnipiac early next week, according to a source. He spent the past four seasons as an associate head coach with the Stags, and spent the previous seven years as an assistant coach at Princeton University.

The Bobcats began the search to replace former assistant coach Scott Burrell in mid-July. Burrell, a former UConn standout and NBA Champion, joined Quinnipiac’s coaching staff in 2007. He remained on Tom Moore’s staff until July 13, when he was named Southern Connecticut State head coach – creating a vacancy which Newsom figures to fill.

Newsom played four seasons at Niagara University from 1989-1993. He began his coaching career at Siena College in 1995, and has also worked at Rider and Holy Cross.