The line between legislation and religion 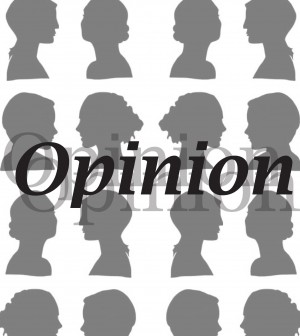 In January of this year, the Supreme Court Justices agreed to hear four different but closely related cases: Obergefell v. Hodges, Tanco v. Haslam, DeBoer v. Snyder and Bourke v. Beshear. The court’s decision to adjudicate the cases, all of which involve disputes regarding marriage rights for same-sex couples, highlights the court’s willingness to resolve an issue of national importance — if they get the decision right.

The court’s decision to hear the cases and make a definitive ruling on same sex marriage may emanate from increasing public support in favor of same-sex marriage.

Those who argue against same-sex marriage often justify their opinion on religious or tradition-based rationales.

The religious rationale against same-sex marriage emerges from scripture in Genesis, Leviticus and Corinthian, just to name a few. Despite the purported religious justification behind disallowing same-sex marriage — and the rationale is based entirely on personal interpretation of the Bible — the United States government (although governing a highly religious nation) should not rule according to a Biblical moral code. In other words, religion should not justify legislation. Politicians, by legislating according to personal belief, not the public good, deconstruct the sanctity of holding public office — religious affiliation mustn’t influence secular decision making.

The other rationale against same-sex marriage is a result of tradition: Opponents invoke a pathos argument by alluding to history. Marriage, they say, has always been between a man and a woman; therefore, they assert, marriage must remain between a man and a woman. Despite the importance of tradition, — it is what keeps us connected to the past — tradition often allows individuals to blindly adhere to outdated principles and beliefs. Tradition does not readily acknowledge change although change is inevitable in all entities both animate and inanimate. Although individuals must honor tradition, they must also recognize antiquated practices can be revised into more modern iterations of old conventions.

As the Supreme Court justices near a ruling — oral arguments for and against same-sex marriage will be made next week — the nation anxiously awaits the final decision. If the Supreme Court declares laws against same-sex marriage unconstitutional, the United States will choose to affirm love of every kind — and that’s a tradition we can all get behind.