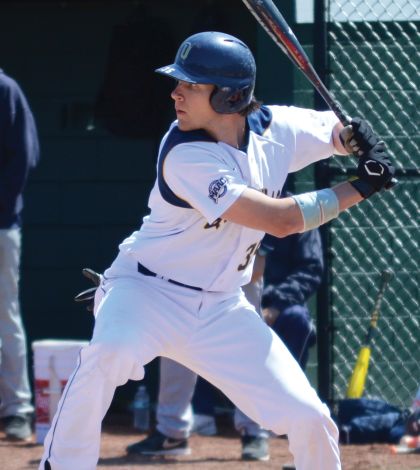 Quinnipiac headed into Wednesday afternoon’s contest against Northeastern winning eight of its last 10 games. With Charlie Murray getting the starting nod at pitcher for the Bobcats, they looked to add another win to their record at the QU Baseball Field.

“This is probably the best mid-week opponent we are going to face,” Quinnipiac head coach John Delaney said. “To come out of here with a win today gives us momentum heading into the weekend.”

The freshman Murray picked up his first career win for Quinnipiac and went 5.1 scoreless innings. He struck out four hitters and gave up only one hit.

“To be honest, when I was out there I didn’t feel like I had my best stuff,” Murray said. “It was important to battle, especially coming off of last week where I had a rough start. It was important to pitch today and prove that I belong and do my part.”

“This is the best outing we have seen out of him,” Delaney said. “To see a young kid come off of one of his worst outings last week then come in and dominate like he did today is a big confidence booster for the team.”

The Bobcats got into the box score first after a Matthew Batten single drove in Mke Palladino to give Quinnipiac a 1-0 lead in the fourth inning.

Vincent Guglietti stepped up to the plate next and blasted a two-run homerun to right field and increased the Bobcat lead to 3-0.

“He threw a fastball down and then another in that I hit foul,” Guglietti said. “I was looking for one pitch which was the fastball and I was lucky enough that he gave it to me again. I was able to put a good swing on it.”

Quinnipiac would score again in the inning after a double-steal attempt was successful where Louis Iannotti stole home while Matthew Oestreicher stole second base.

“That is our style of play. Our approach is to be aggressive,” Delaney said on the play. “Stealing runs is a big part of the game, those small plays are the difference makers.”

Murray was appreciative of the run support. He knew that it made his job easier.

“Runs are big. Knowing that the run support would come today was something that definitely helped,” Murray said.

Iannotti would hit a solo home run in the sixth inning to give the Bobcats their fifth run of the day.

Delaney understands that his team’s overall effort earned them the win Wednesday.

“When you have the pitching, the defense, the timely hitting and ability to execute certain plays, it gives us some good positioning to win us some ballgames,” Delaney said.

Quinnipiac is back in action on Saturday when they host rival MAAC foe Manhattan in a double-header. First pitch is set for 12 p.m.