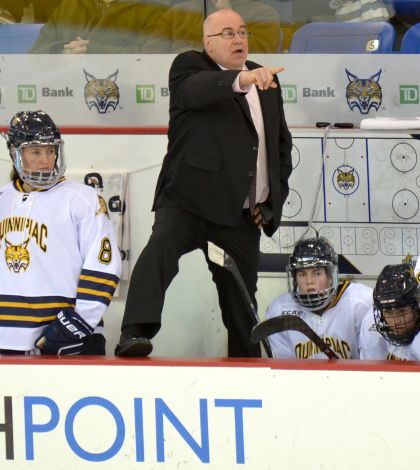 “I would like to thank Rick Seeley for his service to Quinnipiac University and everything that he has done to elevate our women’s ice hockey program,” Director of Athletics & Recreation Jack McDonald said. “We wish Rick and his family the best of luck.”

Seeley totaled 131 wins in seven seasons at Quinnipiac. Last season, he led the program to its first NCAA Tournament appearance.