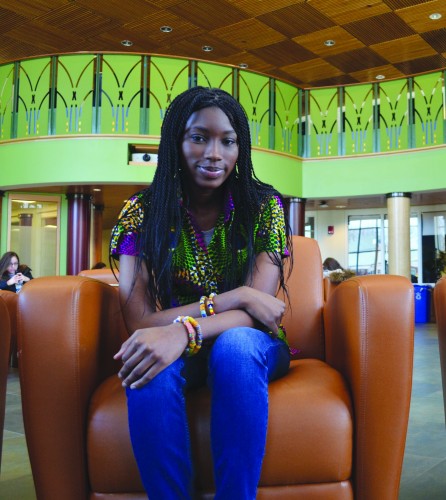 An African Students Association (ASA) is coming to Quinnipiac, and could start as soon as late April.

Freshman Mazel Genfi is taking the initiative to begin the Quinnipiac edition of ASA, with help from freshman Hephzibah Adesina.

Genfi said there were ASAs where she grew up in the Bronx, N.Y., and at various New York state schools, so she was surprised that Quinnipiac did not have an ASA.

“For me, coming from where I’m from, all other schools have ASAs so I found it really weird that Quinnipiac does not have an ASA. And I find it long overdue as well,” Genfi said.

Genfi said she was frustrated that people were complaining about not having the club on campus, but were unable to or did not try to get it started. She decided to take it into her own hands.

“I talked to other African students on campus, even upperclassmen… they thought of doing it but they just didn’t have time to do it so maybe it’s my time to do it,” Genfi said.

The ASA will be different from the existing Black Students Union (BSU), according to Genfi. Since black individuals can come from a myriad of other countries such as Haiti and focus more on racial issues, they wanted to keep the focus on African culture.

Genfi believes the club will add a more diverse culture to the school, which had a 78.1 percent white population as of fall 2013, according to The National Center for Education Statistics. Genfi was “not surprised” that the white demographic grossly outnumbers racial minorities.

Adesina was born in Nigeria, and thinks it may comfort other African-American students to know that they are not alone.

“I think it’s really, really good to see other people from Africa here. When you come to a school where minorities are so little, you like to know ‘Okay, so you’re also African-American,’” Adesina said.

The club will try to host events as other ASAs have done in the past, such as charity events. Adesina said the society will try to host a fashion show similar to one Genfi saw at UConn, and band together with the ASA at Yale.

Like all new clubs, there will be a probation year where the club is made with little to no financing to see if the club members can handle its responsibilities. If it passes Quinnipiac’s requirements, it will have all of the benefits of the clubs on campus in the 2016-2017 academic year.

“They wanna see that you’re doing stuff on campus, acting as if it’s a real club… and then after a year if they feel like you’re doing well they’ll charter it by student government,” Genfi said.

Adesina promotes the club to as many people as possible by approaching students and spreading the word about the new organization.

The club is not exclusive to African individuals, and people of any ethnicity are able to join.

“We will try and… bring communities together. It’s not just for African students on campus. We want everyone to come,” Adesina said.