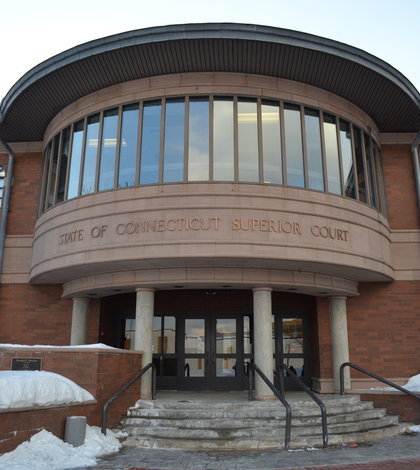 The university suspended sophomore and former Tau Kappa Epsilon member John Demoulas for allegedly sending out a group text message to new TKE members to clean vomit in his on-campus suite, according to Director of Student Conduct Megan Buda’s testimony in court Thursday.

Demoulas was suspended last semester for two weeks and then, after a conduct meeting, was suspended from Jan. 1, 2015, until Aug. 16, 2015, for his involvement in the alleged hazing incidents that forced the Tau Kappa Epsilon fraternity to cease and desist all activities at Quinnipiac.

Even though Buda admitted she had the ability to question Demoulas before initially suspending him, she said she did not because she believed the nature and severity of the allegations against Demoulas were enough to justify a suspension.

However, throughout his testimony, Demoulas consistently denied ever being involved with, or having knowledge of, any hazing incidents, including the one he is being accused of. He testified that neither he nor his roommates had alcohol or parties in their room.

The allegations involving the text messages were first directly brought to Demoulas’ attention at his conduct meeting with Associate Dean of Student Affairs Seann Kalagher on Dec. 2, 2014.

The following day Kalagher informed Demoulas of his decision to suspend him for the spring 2015 semester based on the statements given by his accusers. Demoulas testified that he chose to appeal the decision and gather witness statements from roommates and other former members of Tau Kappa Epsilon.

During this time, Demoulas had permission to take his final exams for the fall 2014 semester so he would receive credit for the courses he took during the fall semester, despite being suspended for two weeks of it.

“I was trying to appeal and study and get witness statements, all in one week,” Demoulas testified.

The hearing will continue next week where Demoulas’ attorney Michael Lynch said he hopes to hear a ruling on the injunction. If the judge grants this injunction, Demoulas will be able to continue his education at Quinnipiac this semester.