Rave: QU is about to get Shmacked 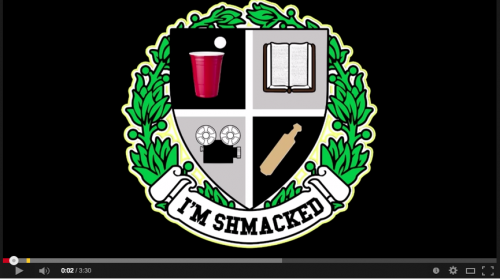 Quinnipiac has officially reached party school status. On Feb. 6, I’m Shmacked announced via Twitter they would be coming to Quinnipiac. The announcement didn’t come as much of a surprise now that QU has been getting more press for being a party school on websites like WiGo. The channel comes out with the exact dates in March, but my prediction is that I’m Shmacked will be rolling through for May Weekend.

I’m Shmacked is a YouTube channel founded by Arya Toufanian and Jeffrie Ray. The channel travels to colleges across the country, from huge schools such as NYU to smaller schools like Quinnipiac. Three months after the founders started making videos, the channel went viral, according to Business Insider. The channel goes to Greek life parties, sporting events, concerts and clubs at universities and films students doing what they do best: partying.

Students play beer pong, take shots and roll joints all while screaming school chants into the camera. Rap or house music blares behind the clips and students jump crazily while dressed in their school colors. It is typically a big deal for something like I’m Shmacked to come to your school, especially a school like QU with such a small population.

It’s a close up look of what happens on a typical weekend at a school rather than a spring break video where the partying is expected to be extreme. I’m Shmacked has received flack in the past for portraying the dangerous parts of colleges, but they advertise their platform as a way for potential college students to see the party side of colleges.

Get ready Bobcats, because we’re about to get shmacked.