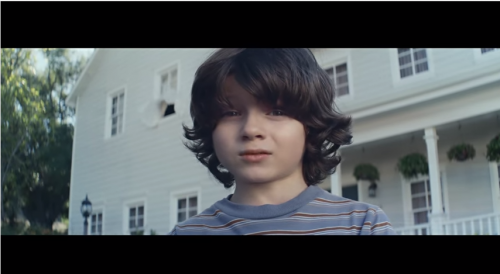 Super Bowl commercials are known for being funny and entertaining. But this year, it seemed like everyone got too sentimental and serious, leaving viewers with teary eyes.

For some people, the halftime show and the commercials make the game for them. This year they may have been disappointed with the lack of satisfying commercials. One of the three most emotional commercials had to be the Budweiser puppy commercial. But the saddest of them all may have been the Nationwide commercial, and the NFL even included an anti-domestic violence ad.

The Budweiser commercial was all over social media days before the game. They continued the puppy and famous Budweiser Clydesdale storyline, but the ending may have been too much. It’s a story of a lost puppy that makes it home. The puppy is almost eaten by a pack of hungry wolves but the horses come to save him, safely reuniting the family.

This was just the beginning of the sad saga of commercials that followed. The anti-domestic violence ad featured a real 911 call that a woman had made while she was being beaten by her boyfriend. She pretended she was ‘ordering a pizza’ so her boyfriend wouldn’t realize she was actually calling 911.

But the true moment of silence came from the Nationwide ad which showed all of the adventures a little boy would have, from sailing the ocean to getting married. All this wouldn’t happen because the little boy “couldn’t grow up, [he] died from an accident.”

There weren’t many laughs coming from Super Bowl XLIX. But, there’s always next year.