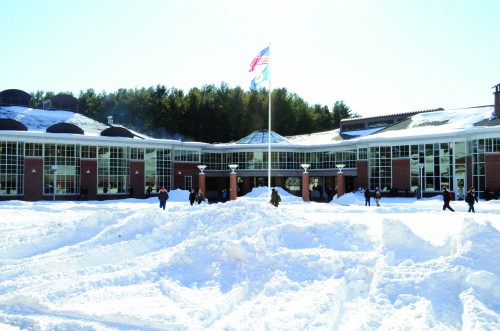 What’s better than a snow day? Nothing. That’s why I award Quinnipiac for being super generous over the past week or so when it comes to snow days. The university has been handing snow days out more than Oprah gives her audience free cars. I’m not complaining at all (for once). I am truly so happy with the university’s decision to cancel school.

I don’t mean to say QU let us off too easy. We didn’t get school off for nothing. The roads were definitely too dangerous and the walkways around campus were constantly piling up with snow even after facilities cleared them. So it’s understandable why we got three days off within the past nine days.

I think most people are pleased with the school’s decisions to cancel classes. It’s still early in the semester so it’s not like there’s that much work students could have caught up on with the extra free time. But still, it allowed students time to relax and watch a good movie or to cuddle up with a cup of hot chocolate. Some students stole food trays from the cafeteria to go sledding. But hey, it’s all in good fun and, hopefully, those trays were returned after the sledding adventures were over.

I’m sure there were still students who were forced to spend their extra days off stressing over a paper or a test. But with any luck, they were able to do their work underneath a makeshift fort made of blankets and pillows.

No snow day is complete without a fort.