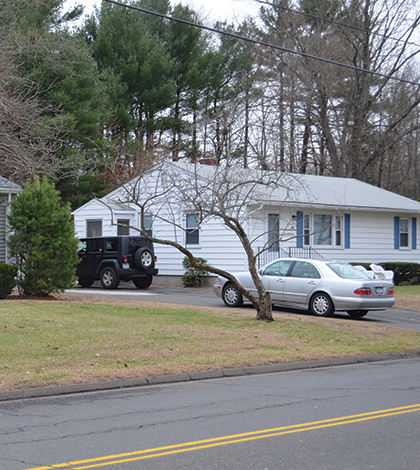 Public Safety will patrol university-owned off-campus student housing over winter break to ensure the houses are safe, according to administration.

The officers check to make sure no one has broken into the houses, Chief of Public Safety David Barger said. If officers see lights on or cars in the driveway over break, they investigate.

Senior Jason Magner lives on Washington Avenue. He said he is not too worried about his house being burglarized over winter break.

“I lived there last year and nothing happened,” he said. “Our landlord has an office kind of near our house, so I feel like he takes care of it and looks after it.”

When classes are in session, the four mobile Public Safety officers on each shift are required to patrol the off-campus neighborhoods at least once. Normally the officers only have time to patrol the university-houses once, but when students are not on campus the officers have more time and may conduct additional patrols.

“There’s not as many students, so our job isn’t here [on campus] …which will give us a little more time to patrol the neighborhoods,” Barger said.

Senior Samuel Dauer said he is not worried that his university-owned off-campus house will be broken into over winter break. But he said he is still glad that Public Safety patrols these houses.

“There is an increase in home break-ins around the holidays so it makes sense that they take the extra precautions to protect the houses,” he said in an email.

However, Public Safety cannot patrol houses not owned by the university because it does not have the authority to do anything there.

Senior Alyssa Stalzer lives in on Whitney Avenue in a house not owned by Quinnipiac. She said it is not necessary for Public Safety to patrol non-Quinnipiac houses.

“I feel like if we reached out to them if there was a situation it would be nice if they were helpful because we are still Quinnipiac students,” she said. “But I don’t think they need to patrol the houses.”

Public Safety officers call the Hamden police immediately if they see something suspicious at non-Quinnipiac-owned student housing or get a call from students asking for help, Barger said.

Barger said Hamden police knows when students are on break and patrols these houses.

“[Hamden police] will patrol it just like they patrol the rest of the town,” Barger said. “But I would say they’re a little bit more observant because they know that our students are on a holiday.”

Stalzer said she is not too worried about her belongings in her house because it is on a hill and her landlord put up cameras. But she said one of her neighbors had his or her car stolen earlier in the semester.

“I don’t really want to leave my car there, but I think my house is fine,” she said.

Students should lock their doors, close their windows and shades, and turn off their lights, Barger said. He said it is important for students to take their electronics home as well.

“A burglar knows they’re around Quinnipiac,” Barger said. “They know that students live in the houses. What would you be looking for and what would be easy pickings? Everything from an iPod all the way to a laptop.”

Hamden police did not return requests for comment in time for publication.