Wreck: no more candy at the caf 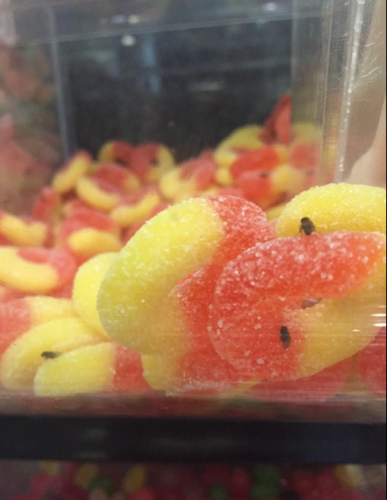 The candy bar in the main cafeteria on the Mount Carmel campus was dismantled a few weeks ago, but to students, it seems like a much longer time. Once a popular destination for students to get their afternoon energy or their evening sugar kick, Chartwells has removed the candy bar after rumors of unsanitary conditions.

Stories of bugs and students reaching their hands directly into containers have been circulating around campus, but nothing is confirmed. Other rumors have suggested the removal was to make the campus a healthier place, but students should be allowed to make their own choices on what they put into their bodies.

For some, that be might a salad, for others, a handful of gummy bears. It’s up to them. However, even if any of these reasons are true, are there any plans for Chartwells to bring the candy back? There isn’t a day that goes by that I haven’t heard at least one person complain about its lacking presence, whether it be my suitemates, friends or random passerby.

As a transfer student who has only been exposed to this plethora of sweets for three short months, I never understood its importance to the student body until it was gone. So, I am urging someone out there to listen to the strong opinions flowing throughout campus and just replace the candy! Hopefully, everyone keeps their hands out of it this time.