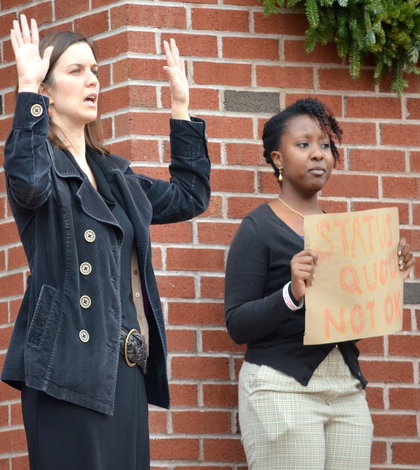 The Quinnipiac community protested the shooting of Michael Brown Monday afternoon on the steps of the Arnold Bernhard Library.

Protests have taken place around the country beginning on Nov. 24, following the grand jury’s decision not to indict former police officer Darren Wilson after he fatally shot Brown on Aug. 9 in Ferguson, Missouri.