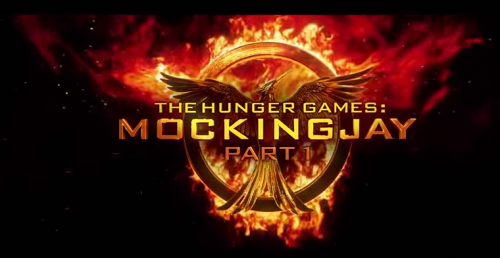 In the event that anybody in the United States hasn’t heard, there is a new “Hunger Games” movie coming out and it is anticipated to be just as epic as its two predecessors. “Mockingjay – Part 1” debuts this Friday, Nov. 21, but for fans who can’t wait until then, the film’s soundtrack was released Monday, Nov. 17.

The entire project of curating the soundtrack fell to teenage alternative queen, Lorde, who was in charge of hand-picking artists and carefully selecting which songs made it to the film. Lorde also sings two singles on the album herself. This accomplishment can be added to the long list of the artist’s successes, which also include winning two Grammy’s, among other award nominations and wins. She also finished a world tour, all before celebrating her 18th birthday earlier this month.

The soundtrack offers the skeletal musical styling that Lorde fans have come to love. However, these minimally-backed tracks are offset with a number of filled out pieces. as well. When listened to from beginning to end, the album is a cohesive musical piece that tells its own story, independent from the movie.

Lorde has done a fantastic job mixing alternative artists like Bat for Lashes and CHVRCHES and integrating mainstream artists like Ariana Grande as well. She accepted and accomplished the challenge of taking a mainstream phenomenon like the “Hunger Games” franchise and incorporating the lesser-known alternative world to bring a well-roundedness to the film.

This song was the first single released from the album. Done in typical Lorde fashion, this track highlights her vocals and is the perfect power anthem for a strong female character who is motivated to fight, like Katniss from the movie. This song is also remixed later in the album by the one and only Kanye West.

This seemingly bizarre combination of artists collaborated to put together one of the catchiest and most intense songs on the soundtrack. Stromae provides the layered beats that back the track while Pusha T raps over it. Lorde handles the hook which adds nice consistency throughout the song and the outro is done by Haim, a trio of sisters. The song speaks about revolution the common theme of rebellion and loyalty to one’s own town.

by Ariana Grande and Major Lazer

Pairing R&B artist Grande with electronic artist Major Lazer is a pleasant contrast for the album with melodic vocals and a filled out dance beat in the background. This song was the last to be added to the album and listeners can’t help but feel “one of these things is not like the other” when looking at the artists on the soundtrack. However, Grande does a good job and offers the theme of love between characters in the movie, singing about romance instead of rebellion.

This song combines rap with soulful vocals in one of the darkest pieces on the track. The song is backed most noticeably with drums, which gives it a sense of purpose and urgency and slow down the soundtrack to create an intense atmosphere. This track screams “Mockingjay,” but also stands on its own in such a way that listeners will enjoy it out of context as well.