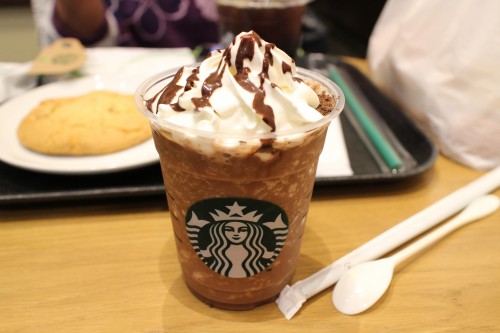 Nearly everyone knows Starbucks, the coffee shop chain beloved by Quinnipiac students. But what about the company called Monsanto? Many may not know this name, but the two companies have recently teamed up for a specific purpose. Starbucks is supporting Monsanto in its pursuit of a lawsuit against the state of Vermont.

GMOs are defined as “plants or animals whose cells have been inserted with a gene from an unrelated species in order to take on specific characteristics,” according to USA Today. In the case of Monsanto, this means scientists have altered the DNA of these seeds in attempt to make them more suitable for successful farming. GMOs are also found in many medications.

However, there are various issues regarding the use of GMOs. Since their introduction in 1996, several health concerns have been voiced. Rises in the rates of autism and food allergies have been noted, as well as in several reproductive and digestive disorders. Celiac’s disease, or the intolerance to gluten found in breads and pasta, is an example of one of these digestive disorders.

Quinnipiac freshman Olivia Tsouprake said she learned in an environmental political science class that GMOs are not all bad.

“[GMOs] are a way for farmers to grow crops that can better withstand strong pesticides and grow in adverse conditions,” Tsouprake said. “It has the potential to be a good resource for countries with not so great farmland, but [GM crops] could also be more dangerous for human consumption.”

There are currently no federal laws regulating the sale of GM crops, nor are there laws requiring the labeling of products containing GMOs. In lieu of this, organizations have been created to keep the public informed about what goes into their food. The Non-GMO Project is an example of this. It provides a list of certified non-GMO products on its website. Vermont and Oregon have also announced their support of non-GMO efforts.

Last spring, Vermont passed a law that will require all products containing GMOs to be properly labeled by July 1, 2016, with the exception of dairy products, meat, alcohol and food served in restaurants. This law has already received backlash from companies and organizations that support the sale of GM products, including Monsanto.

In 2013, Monsanto earned $14.9 billion in revenue, according to Businessweek. Given the magnitude of this success and the growing concern regarding GMOs in America, Monsanto is protesting any labeling laws that threaten its sales, including the new Vermont law.

By announcing its support of Monsanto, Starbucks has also announced its support of this lawsuit. It is possible that this is due to the presence of GMOs in its food and drinks. Starbucks offers soymilk as a non-dairy alternative, and soy is one of the most genetically engineered products available. In 2011, approximately 94 percent of the American soy crop contained GMOs, according to the Non-GMO Project.

The teaming up of Monsanto and Starbucks has also received some backlash from Quinnipiac students. Sophomore Kaelin Miller said she does not support this union and regularly tries to avoid including GMOs in her diet.

“I think it’s disgusting that [Monsanto has] sunk their claws into another company, especially one as big as Starbucks,” Miller said. “We need companies like Starbucks to be the ones standing up to Monsanto.”

A petition has been started on SumOfUs.org in attempts to encourage Starbucks to drop its support of Monsanto. As of Nov. 9, there were more than 254,000 signatures.

“Monsanto might not care what we think, but as a public-facing company, Starbucks does,” SumOfUs.org states alongside its petition. “If we can generate enough attention, we can push Starbucks to withdraw its support for the lawsuit, and then pressure other companies to do the same.”

In regards to the sale of GM crops, all GM crops on the market in the U.S. have been reviewed by the USDA, EPA and FDA.

GMOs have not been proven to cause autism, food allergies, reproductive and digestive disorders, Celiac’s disease and/or gluten intolerance. There are hundreds of studies and dozens of organizations including the American Medical Association and the World Health Organization who support the safety of GMOs.